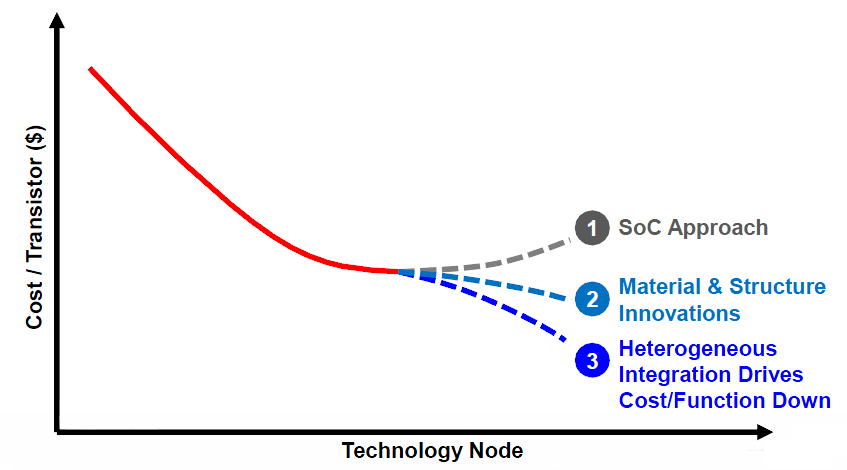 A Future Vision for 3D Heterogeneous Packaging
by Daniel Nenni on 10-07-2019 at 6:00 am
View Profile
View Forum Posts

At the recent Open Innovation Platform® Ecosystem Forum in Santa Clara, TSMC provided an enlightening look into the future of heterogeneous packaging technology.  Although the term chiplet packaging is often used to describe the integration of multiple silicon die of potentially widely-varying functionality, this article will use the term heterogeneous packaging.  The examples below illustrate integration of both large and small die, DRAM die, and a full high-bandwidth memory die stacks (HBM2), much richer in scope than would commonly be designated as a chiplet.  Dr. Douglas Yu, Vice President of Integrated Interconnect and Packaging at TSMC, provided a review of current TSMC heterogeneous packaging offerings, and a 3D package vision that could be best described as “More-than-More-than-Moore”.

Doug began with the well-understood realization that the pace at which the cost-per-transistor has improved with IC process technology scaling has slowed.

There are certainly ongoing product PPA benefits to scaling, but the ultimate cost for the total system functionality may drive system designers to pursue heterogeneous packaging alternatives.

The first heterogeneous packaging offering from TSMC was Chip-on-Wafer-on-Substrate ( CoWoS® ).  A cross-section of a CoWoS® package is illustrated below.

A silicon interposer provides the interconnects between the die, with through-silicon vias (TSV) to the substrate below.  Doug highlighted the recent advances in CoWoS® technology in production, specifically the ability to fabricate the interposer at 2X the max reticle size for wafer lithography.

The extension of the InFO molded package beyond the embedded die is used for Through-InFO vias (TIV) between the top die and the redistribution layer connections.

Doug provided a vision for heterogeneous packaging, which combines the unique advantages of the technologies described above.  The figure directly below depicts a bumpless SoIC® composite as part of a larger InFO or CoWoS® package, integrating additional die and/or HBM memory stacks. 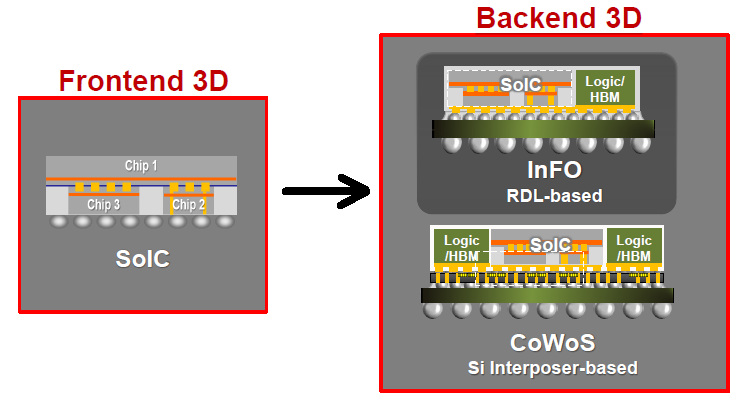 3 Replies to “A Future Vision for 3D Heterogeneous Packaging”