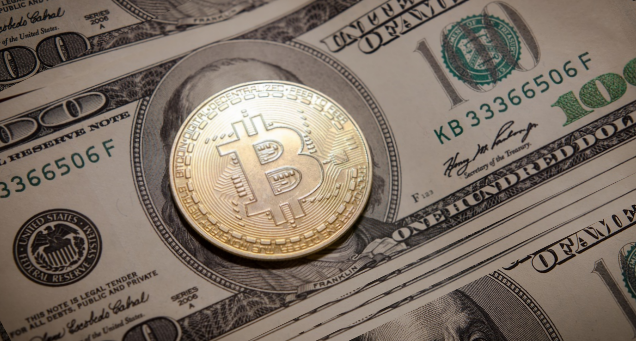 This is especially shocking to those who thought they had found an incredible investment in the cryptocurrency world, yet were swindled out of everything. As part of these cryptocurrency scams, victims are lured into investing with the hype of significant returns. Once committed, they are often shown how their accounts are quickly accruing vast wealth, which encourages them to pour even more of their money into the con. The mirage eventually disappears, as does the money, when the operation shutters without notice and the swindlers vanish will all the deposits. Victims are left with the realization they were duped as part of an elaborate hoax and powerless to recover their money.

Chainalysis recently produced an industry report highlighting the scope of the problem. The organization specializes in helping businesses and governments understand illegal cryptocurrency transactions. The data showcases the rapid rise in 2019 of big Ponzi scams that represented the bulk of the losses. The top six of the large-scale scams were collectively responsible for about 90% of the fraud. It proves when cybercriminals find the right lure in the cryptocurrency community, such as a Ponzi style scam, the momentum quickly accelerates and draws more into the system, becoming massive in scale.

Fraudsters like cryptocurrency
Some of the beneficial attributes of cryptocurrency are being leveraged against those who aren’t mindful of the risks. Cryptocurrency has a reputation for a financial opportunity because of its history of volatile price swings, both high and low. Media has spotlighted many who have made considerable fortunes with meager beginnings. Scammers take advantage and reach out to this growing global community that desires fast riches, yet is very naïve with the risks.

The ability to transfer crypto tokens virtually, means they are everywhere but nowhere. Criminals understand this dichotomy and use it to their advantage. Once the money is in the hands of crooks, it begins a rapid journey across the digital landscape and into dark corners where it is hard to trace or impound.

Victims are often left with a total loss and little hope they will ever get any of their money back. For criminals, the potential of unimaginable gains, sometimes in the hundreds of millions of dollars or more, far exceeds the risk of being caught and prosecuted.

Privacy, Regulations, and Law Enforcement on the edge
Part of what makes these scams so attractive for cybercriminals to run is the ability to remain unidentified. The inherent anonymity of users is a challenge in the cryptocurrency world. Regulatory rules for Know Your Customer (KYC) and Anti-Money Laundering (AMC) are proliferating across legitimate exchanges and services, which greatly help identify fraudsters and increase accountability, but there is a lack of consistency and there are always workarounds. Other services promote their support for customer privacy and account anonymity, often finding loopholes or outright avoiding such requirements.

Many of these services are not intentionally malicious or fraudulent, but as part of their belief in the benefits of privacy, they are indirectly supporting potentially illicit activities. Overall, the vast majority of cryptocurrency transactions are legitimate and only a small minority of the overall transactions are tied to illegal activity.  But criminals will use whatever tools available to shield themselves from accountability and prosecution.

Many in the crypto community, who are doing nothing illegal, greatly value their privacy and anonymity. They are attracted to services that don’t require identification and keep their transactions confidential. There is a natural tension in the system that the growing community is still struggling with. I have spoken with many who are staunch advocates for their rights of privacy, in some cases even to the extent of being un-trackable by governments, yet show immediate regret and anger at those same entities when they lose money to a fraudster and have no recourse for justice. Still, some accept those risks as table stakes and prefer to remain anonymous.

Law enforcement is facing great difficulties adapting to digital crimes but is slowly getting better. For cryptocurrency, they work with experts to track transactions in public blockchains and collaborate with major exchanges to identify criminal activities and trace the flow of illicit funds. It is not easy and the growing number of victims makes it impossible to help even a fraction of those defrauded. The focus tends to be on big cases, like the multi-billion-dollar PlusToken Ponzi scam in 2019 where millions of users were told they could earn 10% a month on their investment. Ultimately, the criminals pulled in over $2 billion before it collapsed and the money is now gone. It has been digitally laundered and dispersed among thousands of anonymous accounts.

Although Chinese authorities were able to identify and apprehend 6 of the individuals behind the scheme, most crimes go unsolved. The chance of restitution for the PlusToken victims is almost non-existent.

The continued rise of the cryptocurrency market and ease in which to convince victims encourages the greed of fraudsters. Scams are getting more elaborate and convincing. Law enforcement is getting better but must face the evolving challenges of technology. More ‘privacy’ designed currencies are gaining momentum and will pose new hurdles to investigate and prosecute criminals, forcing authorities to continually adapt. In the meanwhile, people will be at risk. So far, using common sense in vetting investments is the best way to avoid cryptocurrency victimization.