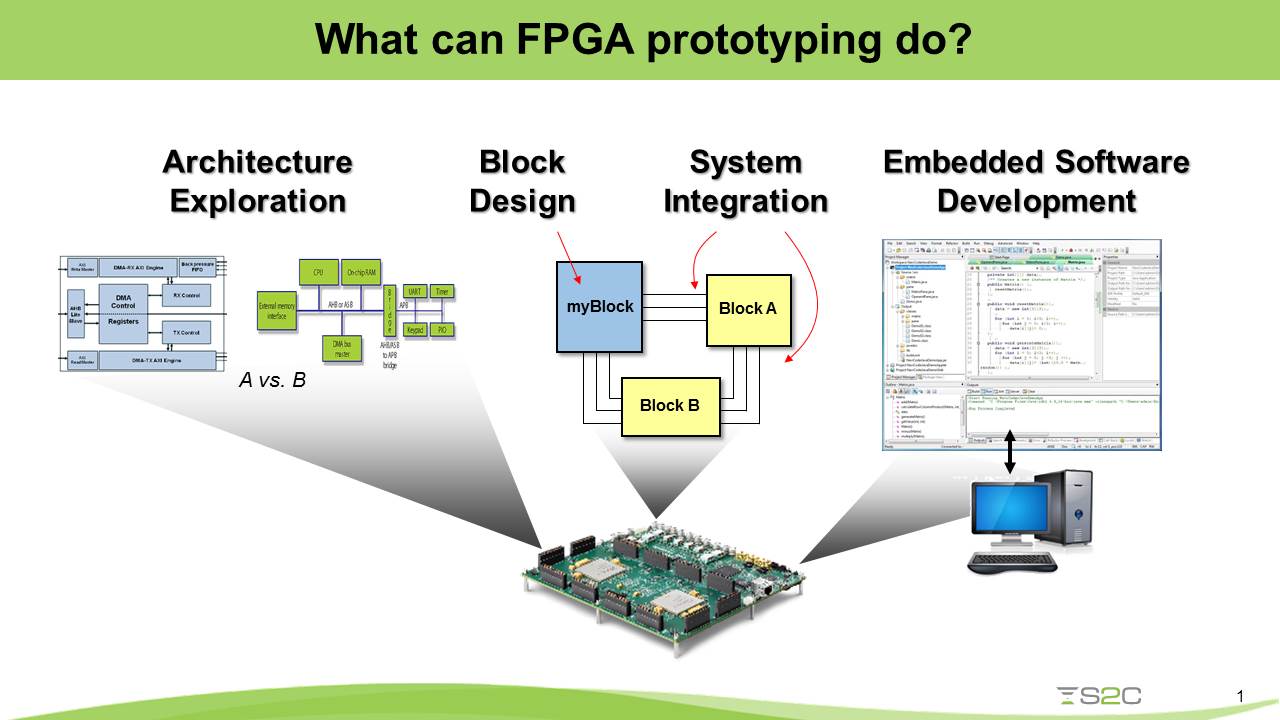 FPGA prototyping is one of the fastest growing market segments we track on SemiWiki which brings us to the topic at hand: FPGA Prototyping for SoCs presented by S2C. Founded in San Jose, California, S2C has been successfully delivering rapid prototyping solutions since 2003.

Joining me today is Richard Chang, Vice President of Engineering at S2C. Richard has a Masters degree in Electrical engineering from the University at Buffalo and more than 20 years experience designing chips, including two US patents.

FPGA prototyping is a method to create a prototype of an SoC, ASIC, or System for the purpose of logic verification as well as early software development. FPGA prototyping today is used in all different types of applications such as consumer electronics, communications, networking, IOT, data center, autonomous driving, and artificial intelligence. FPGA prototyping can run at or close to real system speed in the ranges of tens of MHz and thus able to boot OS, run applications, and find deeply embedded bugs – significantly shortening the design validation time. FPGA prototypes are also affordable and therefore a large number of systems can be deployed to increase test coverage, shorten design validation time, and reduce the project risk.

With the advancement of software tools available around FPGA prototyping, FPGA prototypes today can be used throughout most design stages. Many commercial FPGA prototypes can link with the simulation environment through a transaction link such as AXI bus. This allows designers to start prototyping their idea on FPGAs early in the design cycle with part of their designs and test benches still in C/C++. FPGA prototypes are also ideal for block level and IP level verification.

It’s always a good practice to make sure each of your design blocks work before you put them together. In addition, many IP blocks today come from 3[SUP]rd[/SUP] party vendors or different design groups in your company. Prototyping with FPGAs first allows you to understand the behavior of these IP blocks at the system-level, easing system integration.

The next step is naturally integrating the entire system on FPGA prototypes. It will usually involve 2 things: multiple FPGAs and daughter cards. Most SoC designs will easily require 2, 4 or an even larger number of FPGAs to fit, and thus requires partitioning the designs as well as doing pin-multiplexing between the FPGAs as usually the interconnects between FPGAs after partitions are much larger than the available physical pins. This process can now be easily managed by partition tools such as Player Pro from S2C. You would also need daughter cards to hook up to real systems such as cameras, displays, memories or network connections. So, the ideal FPGA prototyping system needs to have good I/O expansion capability and a large library of daughter cards. 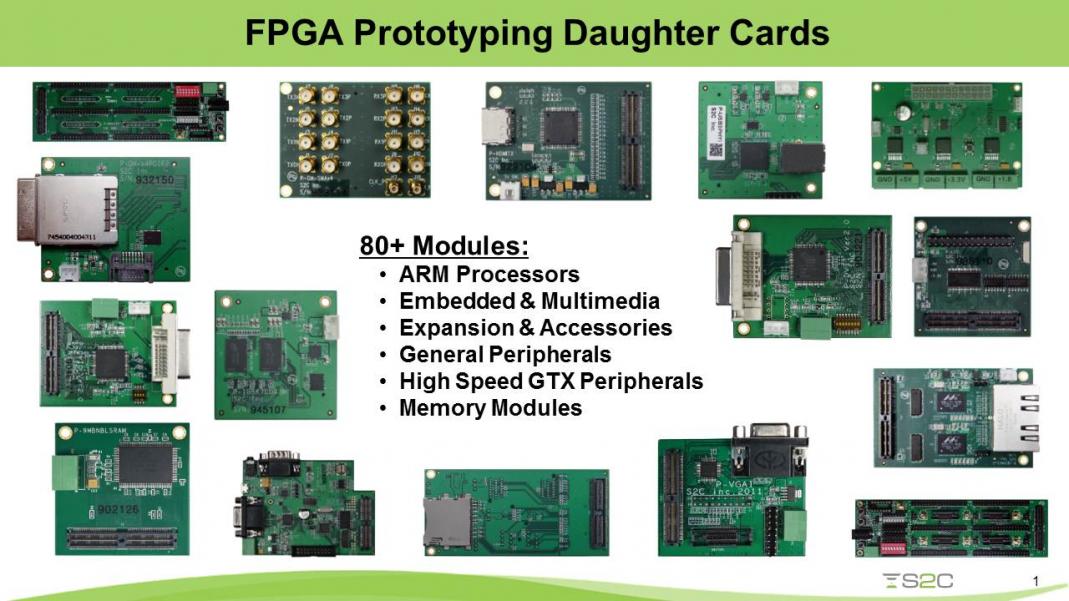 Finally, FPGA prototypes are used for early software development before the real silicon is available. Again, this is possible because FPGA prototypes run at or close to the real system speed and they are cost-efficient. Here’s a quick summary of FPGA prototyping benefits:
[LIST=1]