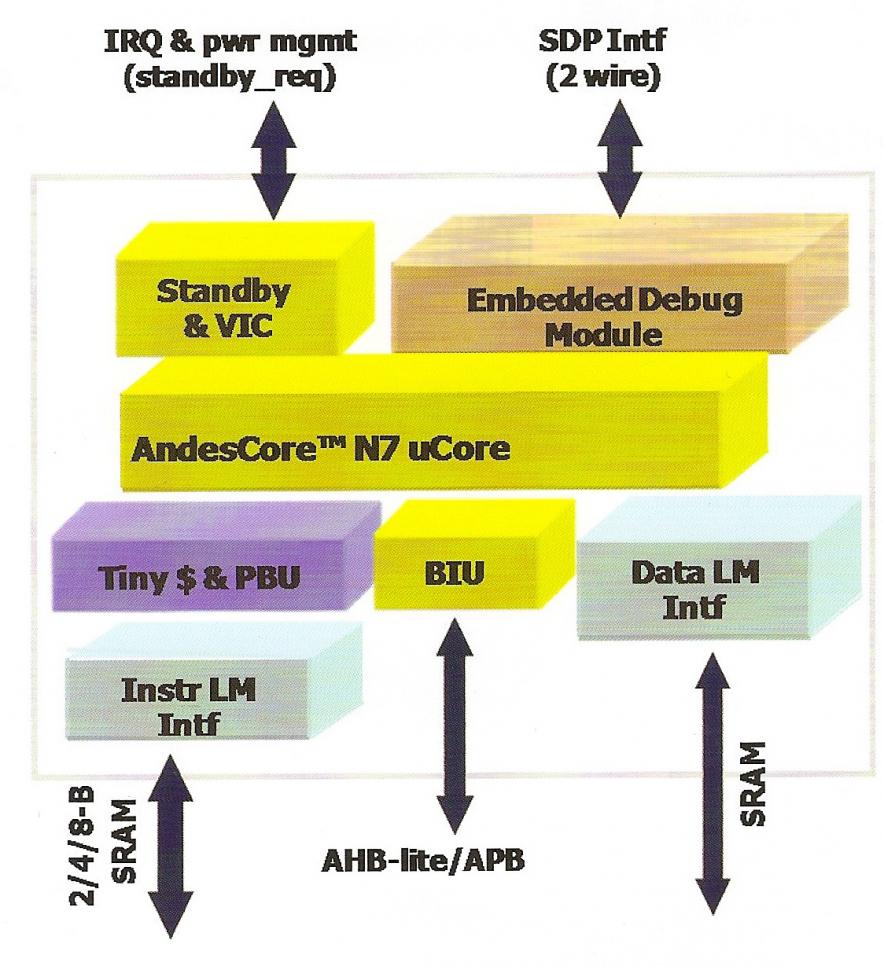 The most “glamorous” processor in a smartphone is the one in the application processor chip (or the one exposed to the apps in an integrated AP+BB chip). However there may be as many as 15 more processors in a smartphone inside things like the GPS, WiFi, power management. These processors are not automatically ARM since the code is purely internal to the chip and is not exposed to the user. It is hard for anyone to win an AP processor from ARM (although Intel is trying) since even on Android where apps are written in Java and is supposed to be portable, in reality many apps, especially games, contain ARM assembly.

The new processor that nobody had heard of is Andes Core. I was sitting next to a strategic marketing guy from Qualcomm and he’d not heard of it either. They were actually announcing a new ultra-low-power core, the Hummingbird N705, at the conference. They claim that the performance is 30% better than the ARM Cortex-M0 measured by Dhrystone MIPS/mW (although I thought the Dhrystone benchmark was regarded as obsolete these days compared to others more focused on browsing etc). They also said they had over 60 licensees, and that their development environment has over 5000 installations.

Next up were ARM. They emphasized that when it comes to the process, one size does not fit all. For the high end of the market (iPhone, Galaxy etc) ARM’s roadmap is dual and quadcore Cortex A57/53. But the low end of the market is not viable in anything except premium products since 20nm and below is not a cost reduction from 28nm. So to reduce area and power and so sort of keep on Moore’s law trajectory for low end requires micro-architectural innovation. 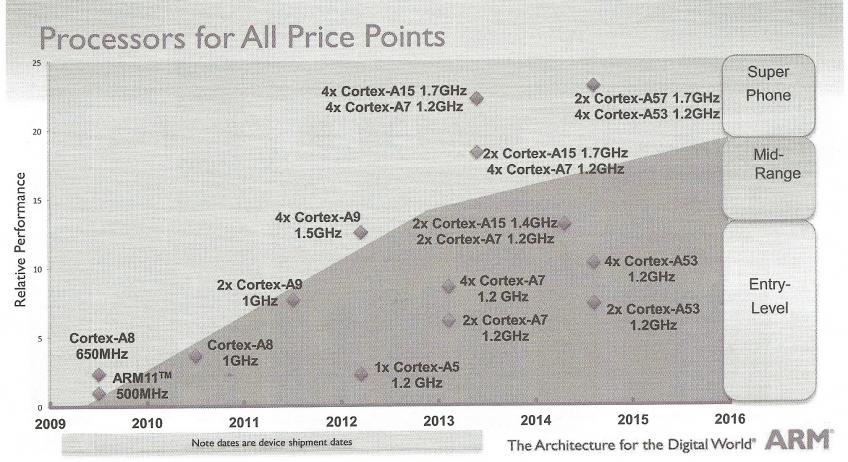 ARM’s view on Quadcore is that although four core scales well on threaded benchmarks that these don’t correlate with user-experience. Since the 3rd and 4th cores handle background and OS threads they do not need to be big. The current big.LITTLE architecture doesn’t allow this, in any pair either the big core is running, or the little, but not both. However that will change soon and it will be possible to use both cores of any pair. ARM believes that this will be the most efficient way to build a Quad core (or six or eight if required for the high end) delivering energy savings of as much as 75% for the same peak performance. If a Mali GPU is added, it offloads so much of the performance needs that the high-performance graphics drivers can all run on just a little processor for power efficiency (or high FPS for the same power).

Finally, to close out the day, was Imagination who, of course, have just recently acquired MIPS. Their view is that the GPU is the heart of a smartphone. Although most of the software runs on the regular CPU (and ARM almost always), over half the die area is taken up with the GPU and it is the GPU that provides the ‘wow’ factor. Performance is moving towards 1 TFLOP on-chip for mobile.

Although there are lots of standard APIs, especially for graphics, the inherent architectural efficiencies remain important. Frequency, power and area all impact the user experience (or the price, which I suppose is part of the experience).

Of course Imagination would love to use MIPS to displace all those ARM application processors but that is clearly not going to happen. Both ARM (who have Mali) and Imagination (who have MIPS) know that they have to work with each other. iPhone doesn’t use ARM’s graphics processor nor MIPS for the control processor, so definitely coopetition, where they compete and cooperate at the same time.