Register / Log In
Guests have limited access.
Join our community today!
You are currently viewing SemiWiki as a guest which gives you limited access to the site. To view blog comments and experience other SemiWiki features you must be a registered member. Registration is fast, simple, and absolutely free so please, join our community today!
Design IP in 2018: Synopsys and Cadence Increase Market Share…
by Eric Esteve on 05-07-2019 at 7:00 am
View Profile
View Forum Posts 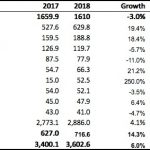 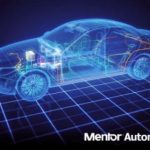 What conclusion could we derive from the recent (April 3) PR from Imagination where we learn that the company “has been notified by Apple Inc. (“Apple”), its largest customer, that Apple is of a view that it will no longer use the Group’s intellectual property in its new products in 15 months to two years time, and as such will not be … Read More

Ever since I can remember, and I’ve been in EDA since the early 80’s, new process development has largely focused on the latest nodes. Trailing nodes were quickly put into support mode. New nodes benefited the most from static and dynamic voltage reduction efforts, as well as improvements in flows and performance. Only a small number… Read More 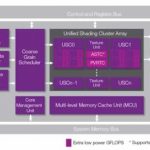 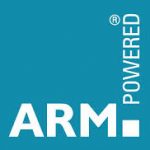 I think that the answer is pretty obvious, but the interesting point is to figure out which processor type, and which part of revenues, up-front license or royalties? One of my customers, let’s call him Mr. X, ask me to clarify this point. Mr. X has bought the excellent report from Gartner “Market Share: Semiconductor Design Intellectual… Read More

This morning Imagination announced their latest GPU cores, including the world’s smallest fully-featured OpenGL ES3.0/OpenCL GPU core. More on that below. And it is the Internet…and graphics…so cats. Graphically rendered cats. 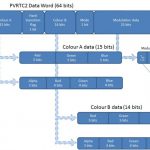 Now that we’ve looked at the basics, we wrap up this three-part series exploring PVRTC texture compression. We’ll take a brief look at PVRTC2, the latest version of the technology, and then explore the issues behind visual quality from several different angles.