There is some interesting work reported this month in the Communications of the ACM, on novel sensing, multi-purpose uses for existing sensors and new ideas in agricultural IoT. The article opens on a method called Hitch-hike to use back-scatter methods for communication; I confess this doesn’t interest me so much, so I won’t spend any time on it (epistola mea, regulae meae). 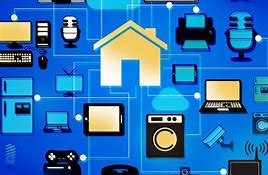 VitalRadio is a novel approach from MIT to monitor breathing and heartrate without need for any wearable device. Your smart home can check up on you, even while you’re sleeping. I think that’s very cool. Having to wear or carry a device can be problematic for very young or very old people (e.g. forgetting to wear the thing), they can be uncomfortable (if you’ve ever used a medically-approved sleep monitor, you’ll know what I mean) and you can easily forget to charge them, not such a problem for a fitness monitor but more problematic for a medically-required device.

VitalRadio monitors your breathing and heart rate through phase variations in radio reflection. It is able to distinguish reflections from different objects through a method borrowed from radar detection; using this it can separate multiple mostly-stationary subjects, separated by at least 1-2m, and can easily extract phase variations due to inhalation and exhalation, per subject. Heartbeats appear as a smaller modulation on top of this extracted wave. The method has limits of course – it can’t distinguish pets from humans and it doesn’t work so well when a subject is moving.

Another idea called Caraoke builds on the existing e-toll transponder in your car. These are already widely-used for access to toll roads, some bridges and express lanes, and now there is interest in using them to pay at fast-food drive-throughs and parking garages. The Caraoke folks see potential in readers being deployed more widely, to track cars at intersections for adaptive traffic light control, on street lights to track speeders, for automatic parking billing for street parking and more.

A challenge in this approach is that apparently existing transponders are quite simple, assuming only one communication at a time (hence the directional antennae); they have no MAC protocol to manage multiple potential requests. An obvious solution would be to replace all of this infrastructure with more sophisticated comms, but that would be expensive. Caraoke provides an easier path. It allows continuing use of existing transponders (no need for car owners to replace these) while requiring the readers be upgraded to more intelligently handle potential collisions and extract more from the information they gather – counting cars, localizing them and estimating speed.

Clever idea. Upgrading everything to much more effective LTE or Wi-Fi communication would of course solve the technical problems and allow for all kinds of monitoring and services. But in the real world, technology alone is often not enough. Practical solutions have to bow to economics and latencies in changing infrastructure. Solutions that can build on existing tech have a definite appeal.

Finally, FarmBeats introduces a system for farm-wide data-driven optimization. IoT use in agriculture is not a new idea but this seems to be a more integrated solution than I have seen and certainly has some serious backing (Microsoft, MIT, UW, Purdue, UCSD and 6-month deployments in two active farms). The system gathers data from fixed cameras and drones, soil sensors and temperature and humidity monitoring in food storage and animal shelters.

A big part of FarmBeats seems to be ensuring reliable communications between IoT outposts and a central gateway at the farm. Some of this is intelligently duty-cycling components of the base-station to allow for cloudy weather (yeah, real clouds). Farmers are increasingly using solar power which obviously is a variable resource under these conditions. So FarmBeats builds weather forecasting into planning when power demand can be accommodated from different parts of the system.

It also controls flight paths for UAVs based on wind patterns (which can vary widely over a farm). Which makes the batteries last longer, requiring less frequent maintenance. They have some nice pictures integrating camera images of a piece of farmland with soil moisture sensing, pH sensing and ground temperature sensing (based on a surprisingly sparse set of sensors). All individually perhaps commonplace, but integrated together at this level, this starts to look like a total solution for a farmer.