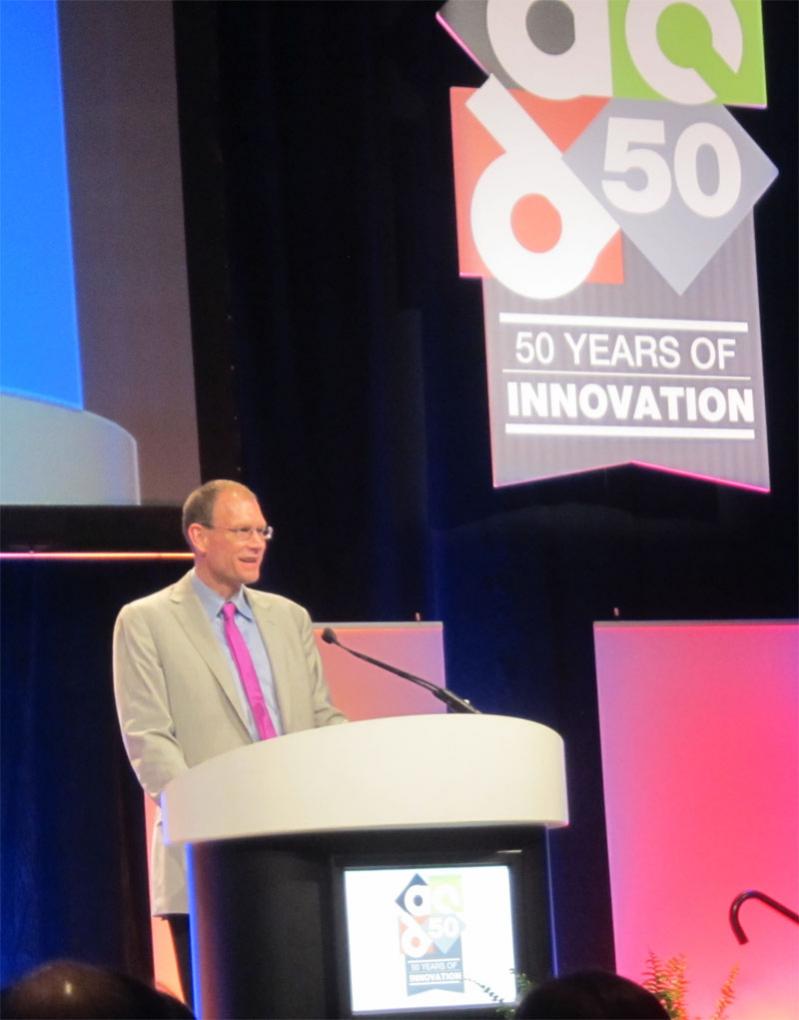 This year’s Kaufman award winner is Chenming Hu. In contrast to previous years, this was presented on the Sunday evening of DAC instead of at a separate event in San Jose. Chenming’s career was reviewed by Klaus Schuegraf, Group Vice President of EUV Product Development at Cymer, Inc (now part of ASML) and also one of the (many) students of Dr Hu.

One thing that I had no idea about was that Chenming had climbed Everest at the age of 50. That seems pretty much up there (see what I did) with inventing the FinFET. However, Dr Hu’s career goes back a long way before the FinFET. He was instrumental in solving hot-electron problems back in the 1um (almost typed nm there, i’m so used to it) era. And then getting through the 3V scaling barrier.

But in addition to being the father of the FinFET, he is the father of the BSIM model. This was the first industry standard non-proprietary model and is now used by hundreds of companies (basically almost everyone) and has revolutionized many aspects of circuit simulation, making it more competitive and higher performance.

Lip-Bu, CEO of Cadence, briefly spoke. It turns out that Lip-Bu and Chenming are neighbors so they know each other well without the obvious semiconductor connection. Lip-Bu talked about a couple of boards that he is on with Chenming. 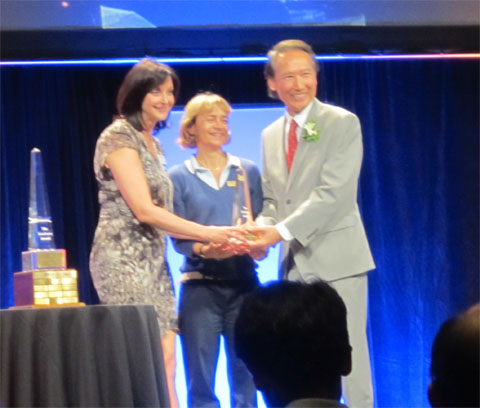 Chenming then accepted the award from Kathryn Kranen (chairman of EDAC) and Donatella Sciuto (president of IEEE CEDA). He talked briefly about his career. His first professor was Andy Grove so his relationship with Intel certainly goes back a long way. He has had countless students and today over 50 leaders in the industry went through various programs with him.

To wrap up, Dr Hu looked forward rather than back. Summarizing the FinFet’s possibilities, he said: