Lucio Lanza is this year’s recipient of the Kaufman award. Unlike most recipients, Lucio worked closely with Phil Kaufman earlier in his career. I met with him at his office in Palo Alto to hear the story.

Even if you have never met him, it would be a reasonable guess from his name that Lucio Lanza is Italian. And you’d be right. He grew… Read More

I wrote recently about the EDAC mixer in Mountain View. Due to college basketball there won’t be one in March, the next one will be in April. Details later in the month.

The EDA Consortium (EDAC) is seeking nominations for the Board of Directors for the two-year term beginning May 29, 2014. Voting member companies are entitled… Read More 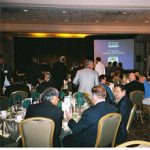