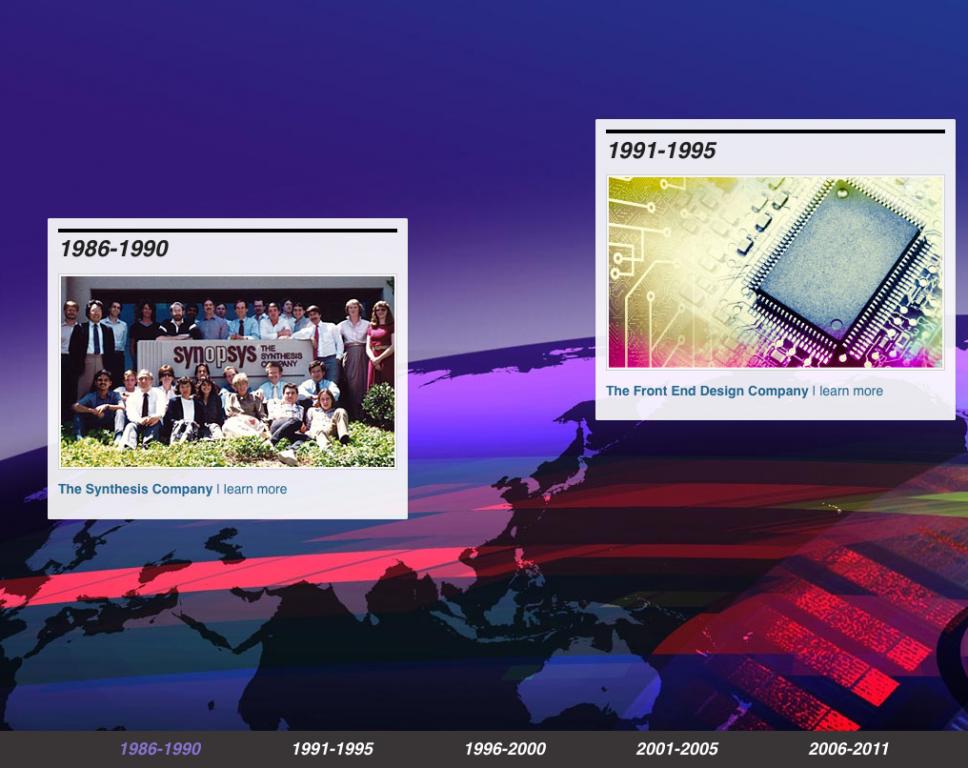 Synopsys was started in 1986 and so 2011 was its 25th anniversary. They created a little timeline with some of their history. As with most companies, the earlier history is the most interesting, before it was clear what the future would bring. From 1986 to 1990 they grew to $22M in revenue, which was explosive growth. So explosive that Geoffrey Moore used them as an example in his follow-up to Crossing the Chasm, called Inside the Tornado.

One area they list on the timeline are the key acquisitions. It is interesting to look at these and see the focus of both Synopsys, broadening out from being a pure synthesis company, and EDA in the wider sense broadening and addressing new challenges.

and, of course (probably):

When I was at Cadence we had a sort of family tree that showed all the acquisitions. Not just the ones Cadence had made but the prior ones that went into making up the companies that were acquired. It would be interesting to see a similar family tree for Synopsys if it exists. We have some of the raw data hereon the EDA Mergers and Acquisitions Wiki but without the graphic design and the logos.