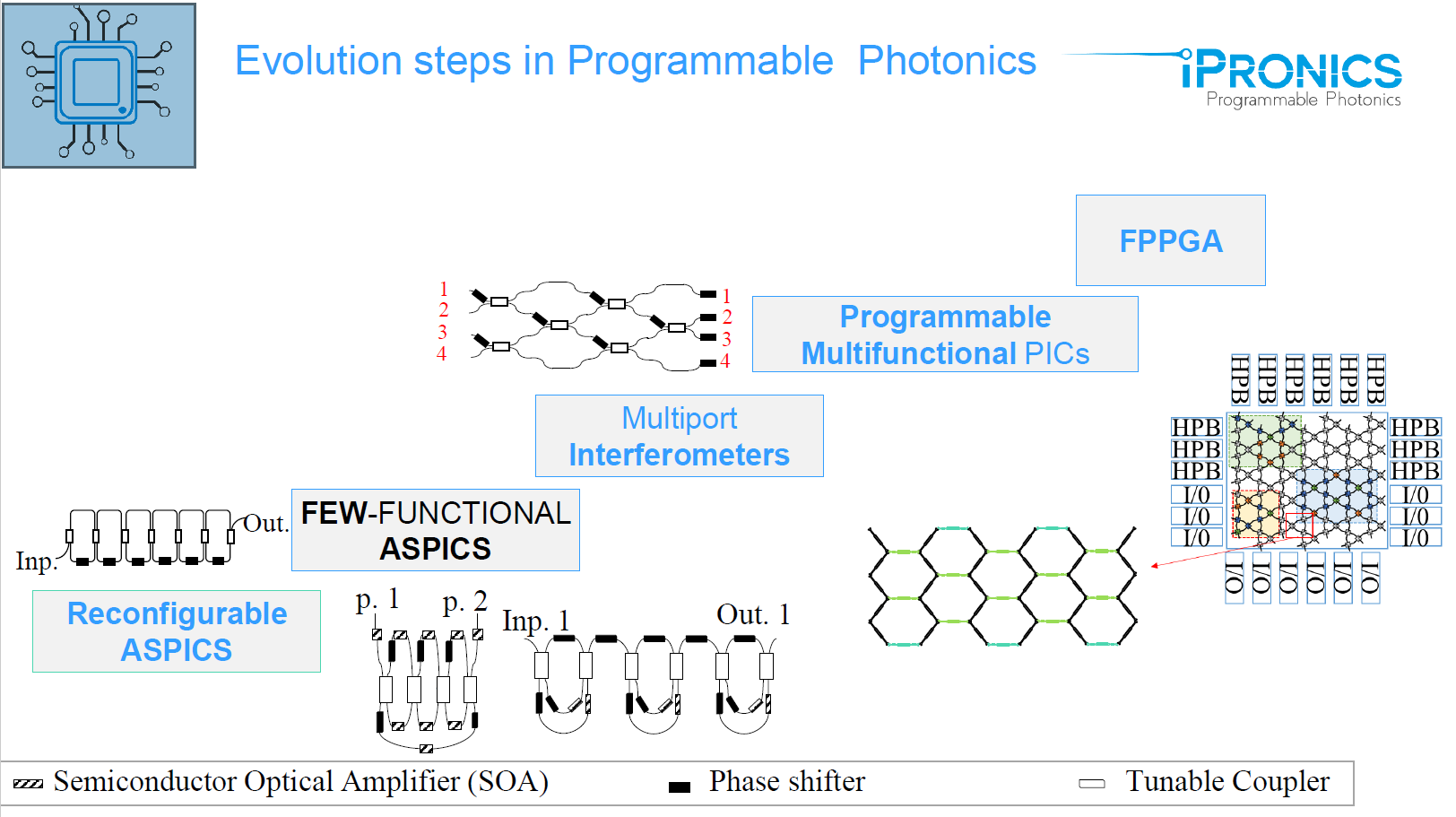 I recently wrote about this year’s Cadence Photonics Summit. As I mentioned in that post, it was a fascinating event with several companies providing useful and informative presentations. You can access some of the presentations on the event site. One presentation, given by Jose Capmany of iPronics, was especially interesting to me, so I will dive into it a bit.

The current commercial efforts to utilize photonics have typically focused (pun intended) on data transmission. Most of these efforts are utilizing the same pulse-amplitude modulation with four levels (PAM4) technology that is used in high-speed (e.g., SerDes) copper data transmission. But the field is growing much faster than this as more optical circuits are available. These functions—filters, delay lines, RF phase shifters, switches, MUXs, beamformers, arbitrary waveform generators, and optoelectronic oscillators—are enabling a new class of photonics, RF/mm photonics. One interesting circuit discussed in the presentation was the European Research Council’s ERC ADG 2016 UMWP Chip Project. As stated in the presentation, “The main objective of UMWP CHIP is the design, implementation and validation of a universal integrated microwave photonics programmable signal processor capable of performing the most important MWP functionalities featuring unique broadband and performance metrics.” This is a serious piece of engineering work.

Jose’s presentation took a bit of a diversion here, and at first, I did not understand where he was headed. He reviewed the history and evolution of the field-programmable gate array (FPGA). But then he went on to describe a new form of a gate array, the field programmable photonics gate array (FPPGA). The fabric in an FPPGA is not populated with look-up tables (LUTs). Instead, the fabric consists of reversible 2×2 unitary gates. These gates work with analog signals and unitary 2×2 matrix Algebra U(2). Reversible gates are built by transforming the Pauli Matrices, which are as well known in quantum information as in quantum computing (QC)!

Some call QC the study of a non-classical model of computation. That, to me, is an over-simplification. It deals with functions that transform states rather than using binary math and traditional logical operators.

If you attended SEMI this summer, you had a chance to see at the IBM Quantum Computer that was on display there. It looks like an exotic piece of hardware. But how do you program it? It has its challenges, as Bernard Murphy pointed out in blog early this year, Contrarian Views on Quantum Computing. But QC holds great promise in cryptography, simulation, simulated annealing, solving linear equations, and more. So QC is not going away. It will just have to chip away at the digital logic design, algorithm by algorithm, and that will take a long time before it becomes more widely adopted. However, it is very likely to capture some niche markets very quickly with its higher efficiencies for certain problems.

Cadence, in its collaboration with Lumerical, has delivered the photonics design tools to support the implementation of photonics designs (PICs) now. No need to wait for that. I hope to see the day when Cadence also produces a QC simulator, or maybe Lumerical — we will just have to see.