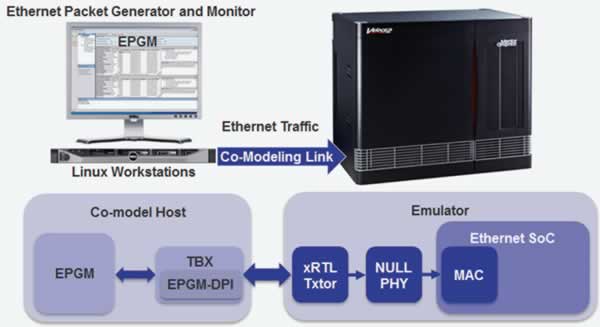 Ethernet is suddenly a hot topic in SoC design again. The biggest news may be this: it’s not just the cloud and enterprise networks. Those are still important applications. The cloud is driving hard for more ports at 25G server and 100G switch speeds according to a recent Dell’Oro Group report. Enterprise networks are driving for more ports at what are becoming intermediate speeds, with Cisco advocating 2.5G and 5G to support existing Cat5 and Cat6 cable.

Three other applications are driving the surge – Carrier Ethernet, the IoT, and automotive – where new SoC designs are kicking off with faster Ethernet ports, and more of them.

Carrier Ethernet: “Isn’t the core SONET/SDH and ATM?” It certainly used to be. Telecom infrastructure has been shifting to a greater mix of Ethernet in the core network for some time. As speeds increase to 100G and beyond, the allure of Carrier Ethernet is a single control plane and easier provisioning and management. Deep packet inspection, IEEE1588, AVB (audio video bridging), and other techniques are also gaining popularity. Carrier Ethernet also helps deliver clients Ethernet-based services on all-IP networks.

IoT: “IoT applications are low bandwidth.” Stop thinking about just the edge and a few sensors hooked to a smartphone on a 4G network. Start thinking about an industrial IoT application with tens of thousands of sensors flowing in through multiple gateways into an analytics and distribution infrastructure processing streams of data in real-time. The architecture of choice for IoT hybrid clouds is scale-out, adding processors as the network grows. The tool of choice is the converged modular server, a compact box with a few dozen lower power Intel or ARM cores interconnected on a 10GigE mesh – with an Ethernet switch integrated in the platform.

Automotive: “CAN still rules.” Not for long. It will take a while, but automakers will pick up on Ethernet as the backbone for the Connected Car (which I’m very bullish on) and autonomous vehicles (something I’m not as convinced on as a huge opportunity, but that’s another story). That drives a need for automotive-hardened, cable-optimized chips running BroadR-Reach and other standards – and an Ethernet switch somewhere in every vehicle.

So, if the answer is more Ethernet SoCs for these applications, the question becomes how are we going to test these new chips? Testing one Ethernet port on an SoC, even a fast one, is fairly easy. Most people agree that it is desirable to run real traffic at a chip, and an emulator with an Ethernet tester and a speed rate adapter can handle that job. However, as a new white paper from Mentor Graphics starts out, a high speed emulator with 128 ports hooked up to 128 Ethernet tests and 128 speed rate adapters is bad news. Besides the physical configuration problems, it is a development bottleneck. The last thing we need is one box that everyone has to schedule time on for any verification task.

The approach emulation expert Lauro Rizzatti and co-author Ron Squiers suggest in a new white paper is virtual – the Mentor Graphics Ethernet VirtuaLAB. An Ethernet tester is modeled in software on a Linux workstation, with an Ethernet Packet Generator and Monitor (EPGM) that configures the interface and generates traffic. A Virtual Ethernet xRTL transactor hooks to a null PHY and then to the Ethernet SoC MAC in the emulator.

A single VirtuaLAB can drive 32 interfaces. For more ports, VirtuaLAB instances can be bundled together across multiple workstations, what Mentor calls multiple co-modeling. A High Speed Link (HSL) ties each workstation to the emulator, managing all the co-model channels – completely transparent to the testbench. It’s an intriguing white paper laying out the approach and its benefits, and a worthwhile read:

Forecasts on the cloud and enterprise Ethernet market from Dell’Oro help tell the story behind these trends.

In addition to users being able to access the emulator using the workstations from anywhere in the facility, or across the world, the punchline in the Mentor white paper is compelling: “As opposed to simulation where you can typically verify 1000 packets per day, with emulation and VirtuaLAB Ethernet you are dealing with over 11 million per day.” With these solutions moving valuable traffic, the choice in Ethernet testing and verification could make a big difference.