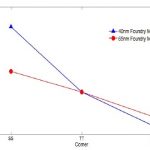 Watching a spirited debate on Twitter this morning between Tom Peters and some of his followers reminded me of the plot of many spy movies: silently killing an opponent with a lethal injection of some exotic, undetectable poison. We are building in enormous risks in more and more big data systems.… Read More

With electronic and software content in vehicles skyrocketing, and the expectations for flawless operation getting larger, the need for system-level verification continues to grow. Last month, we looked at a Synopsys methodology for virtual hardware in the loop, or vHIL… Read More 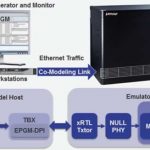 Ethernet is suddenly a hot topic in SoC design again. The biggest news may be this: it’s not just the cloud and enterprise networks. Those are still important applications. The cloud is driving hard for more ports at 25G server and 100G switch speeds according to a recent Dell’Oro Group report. Enterprise networks are driving for… Read More 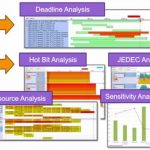 In optimizing SoC design for performance, there is so much focus on how fast a CPU core is, or a GPU core, or peripherals, or even the efficiency of the chip-level interconnect. Most designers also understand selecting high performance memory at a cost sweet spot, and optimizing physical layout to clock it as fast as possible within… Read More

When I worked for VaST our engineering was in Sydney Australia. To my surprise there was another, entirely independent, group working on virtual platform modeling and tools in another place in Australia, in Adelaide. Is there something in the Fosters? They had originally been part of Motorola Corporate R&D and Software Group,… Read More

I’ll never forget the shock when I upgraded from a Feature Phone to my first Android-powered SmartPhone, because all of a sudden my battery life went from 6 days down to only 1 day between charges. As a consumer, I really want my battery to last much longer than one day, so the race is on for mobile phone companies to design their… Read More