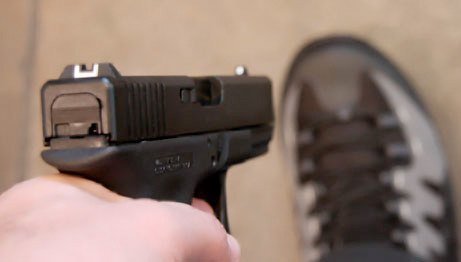 Don’t Shoot Yourself in the Foot With Timing Exceptions
by Paul McLellan on 08-15-2013 at 1:42 pm
View Profile
View Forum Posts

Timing exceptions are ways of guiding design tools, primarily synthesis and static timing analysis (STA), but these days also place & route and perhaps other tools. Most paths in a design go from one register to the next register. Both registers are on the same clock, and the design needs to ensure that the signal can make it from the first register, through the logic gates, and get to the next register in time to meet the setup time there, and so successfully get clocked into that next register. Synthesis will pick appropriate cells to make it so, and STA will check that this was done correctly.

But what happens when that isn’t true. If the two registers are on different clocks, or if we don’t really care if the value is correctly latched since we are never going to use it, or it is only for a test mode that is run at low speed, or if we don’t latch the value until two clock cycles later. Then we need to tell the tools, and this is done using timing exceptions, typically in the SDC constraint file.

There are three main types of timing exception:

There are two types of problem with timing exceptions. The first is where there is a timing exception but we didn’t declare it. The tools will work hard to meet the constraint anyway, and if they succeed then there may be some waste but the design will work. On the other hand, we can declare a timing exception and tell the tools to ignore something, when it turns out it was important. This can be a real disaster, resulting in non-functional silicon that apparently passes all verification successfully.

Setting a false path (using set_false_path command in SDC) is used for the following reasons: 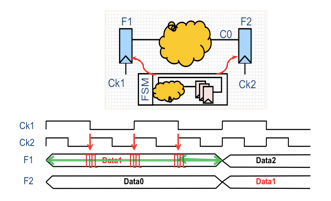 Setting a multicycle path (using set_multicycle_path in SDC) is done to relax timing requirements. However, care still needs to be taken with relaxed timing to ensure that races and glitches are not created and, indeed, that the functionality of the design and the relationship between the various stages is properly understood.

SpyGlass TXV (Timing eXception Verification) is a good way to verify these exceptions and catch many errors. This is increasingly important now that so much of a design is 3rd party IP where the RTL and the timing constraints are not well-understood by the SoC design team who didn’t create them. 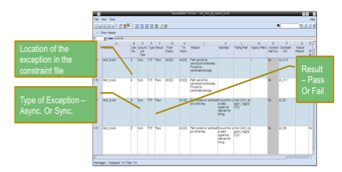