The emergence of advanced packaging technologies has led to the introduction of new types of data communication interfaces.  There are a number of topologies that are defined by the IEEE 802.3 standard, as well as the Optical Internetworking Common Electrical I/O CEI standard. [1,2]  (Many of the configurations of interest … Read More

This is another installment covering TSMC’s very popular Open Innovation Platform event (OIP), held on August 25. This event presents a diverse and high-impact series of presentations describing how TSMC’s vast ecosystem collaborates with each other and with TSMC. Not all SerDes are the same. The presentation covered here,… Read More 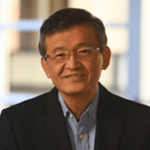 Lip-Bu (Cadence CEO) sure knows how to draw a crowd. For the opening keynote in CadenceLIVE (Americas) this year, he reprised his data-centric revolution pitch, followed by a talk from a VP at AWS on bending the curve in chip development. And that was followed by a talk by a Facebook director of strategy and technology on aspects of… Read More

Frequent Semiwiki readers are no doubt familiar with the rapid advances in 2.5D heterogeneous multi-die packaging technology.  A relatively well-established product sector utilizing this technology is the 2.5D integration of logic die with a high-bandwidth memory (HBM) DRAM die stack on a silicon interposer;  the interposer… Read More 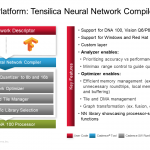 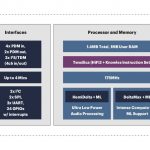 A lot of the attention in intelligent systems is on object detection in still or video images but there’s another very active area, in smart audio. Amazon and Google smart speakers may be the best-known applications but there are more obvious (and perhaps less novelty-driven) applications in enhancing the hearing devices we already… Read More

Customizing and Standardizing IP with eSilicon at the Linley Conference
by Camille Kokozaki on 04-22-2019 at 12:00 pm
View Profile
View Forum Posts

Standardization is key to IP in modern … Read More