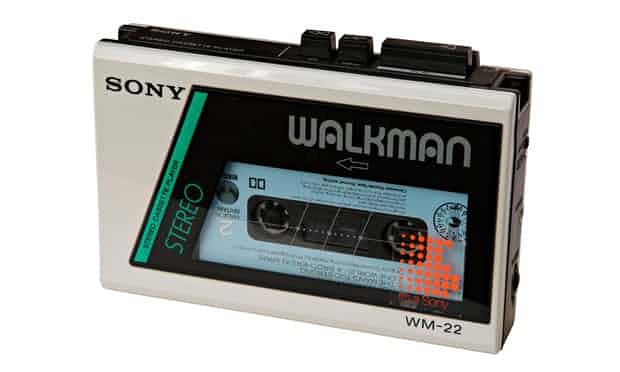 Among the companies that bought a license from AT&T to produce the transistor was Sony. While the U.S. maintained its lead in technology, other countries like Japan emerged as competitors. Semiconductor manufacturing was both labor intensive and capital intensive. Fairchild became the first major semiconductor manufacturer to start operations overseas, adding an assembly site in Hong Kong in 1964 where labor costs would be lower. TI and Motorola followed, although TI began with a misstep by starting an assembly site in Curacao. TI made up for this slow start through a different path – an attempt to sell in the Japan market. After World War II, U.S. companies were not allowed to set up wholly owned subsidiaries in Japan; they had to partner with a Japanese company who would have majority ownership. Companies like IBM and Kodak that had operations in Japan before WWII were grandfathered and could continue with their 100% owned subsidiaries in Japan.

TI wasn’t interested in a joint venture. And Pat Haggerty saw the potential that Japan offered as a future manufacturing power house. So this became the first case of TI using its U.S. patent portfolio for reasons other than defense. The negotiations resulted in permission from the Japan government allowing TI to set up a joint venture with Sony in 1964 merely for appearances. I’m told that Sony people never showed up and TI quietly bought out their share of the business later. But Haggerty established a personal relationship with Morita, founder and CEO of Sony that lasted through Haggerty’s lifetime. This became important in the future.

TI began a successful offshore assembly operation in Hatogaya, Japan on the outskirts of Tokyo, followed by another assembly site in Hiji Japan on the island of Kyushu. The Hiji site was on the top of a small mountain overlooking the ocean on three sides and must have been one of the most valuable pieces of industrial real estate outside Tokyo. This habit of finding valuable real estate for plants was a TI characteristic, rumored to be the responsibility of Board member Buddy Harris. The choice of the TI Nice plant was terrible from the point of view of location for manufacturing but it was on the top of a hill with a panoramic view of the French Riviera. Whatever limitations the site had were, at least partially, offset by the breathtaking view.

Soon the race for offshore manufacturing sites was on. Morris Chang’s influence came to bear and Taiwan would have been the next site but Morris tells me that the Taiwanese government wasn’t flexible enough. TI therefore built the Singapore site in 1968, then Taiwan in 1969, Malaysia in 1972 (simultaneously with Motorola and SGS Thomson in Kuala Lumpur) and the Philippines in 1979 (a site that I was proud to have report to me from 1987 through 1993).

TI did two things that were unique among semiconductor companies in the race to build up offshore manufacturing. First, TI decided that cheap labor was not the only reason to go offshore. The offshore sites had skilled technicians as well. So TI moved automated manufacturing equipment to its offshore sites even though manual labor was cheap. This turned out to be highly advantageous. The other thing TI did was to establish wafer fab manufacturing in Asia, starting in Japan. Intel remained largely in the U.S. Motorola was primarily the U.S. and Europe as were most other semiconductor companies. Europe was necessary, at least for assembly, because they had substantial duties on imported semiconductors. European assembly sites saved money despite the high labor cost. TI, of course, had wafer fabs all over Europe, starting in the UK, then Germany, France and Italy. Assembly sites were limited to Portugal and Italy.

One result of the establishment of wafer fabs in Japan was a creation of awareness of the superb manufacturing process variability control that was possible with Japanese workers. In cases where we sent the same photomask set to Japan, the die sort yields were typically much higher than those of the same devices produced in the U.S. TI used this to its advantage.

When the trade wars between Japan and U.S. semiconductor companies erupted in the 1980’s, MITI (the Japan Ministry of International Trade and Industry) assigned Japanese companies quotas for purchase of semiconductors from U.S. companies. Sony was assigned a very high quota of 20%. All the Japanese companies wanted to fill their quotas with DRAMs but only TI and Micron were still in the business in the U.S. At this time, I was managing an organization I named Application Specific Products, or ASP, that had responsibility for microprocessors and ASICs. Yukio Sakamoto and I went to Japan to negotiate a deal with Sony with a goal of having TI manufacture the chips used in the industry standard Sony Walkman.

Because of the historic relationship between TI and Sony, my meeting started with Norio Oga, the CEO and former opera singer who succeeded Morita as Sony CEO. Sony’s offer: If you can match the Sony Semiconductor internal transfer price and quality, you can have 100% of the business. When we started production, our packaging cost alone for an 84 pin Quad Flat Pack was six cents per pin, more than the total price of the chip plus package. Within four months, thanks to Sakamoto, we were at one yen per pin. Similar ratios existed for the chip. And over the next year, we billed Sony for $200 million for Walkman chips and greatly enhanced our manufacturing capability.