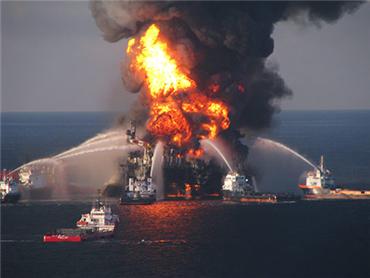 The High Tech Trial of this Century: Apple vs. Samsung may end up being the catalyzing event that advances the established PC Monopolists known as Wintel (Microsoft and Intel) into leadership positions in the new era known as the Mobile Tsunami. Not a chance you say? Consider that the Apple, Samsung War is one that will not be settled by this or any court but be played out over the next decade in the marketplace among well-oiled vertically integrated supply chain driven hardware manufacturers with very strong market channel presence. Spectacular secular growth will subside in a few years but patent protection and shaving pennies off the cost of Billions of Smartphones and Tablets will matter a lot. How is this likely to play out?

Samsung must recognize that the battle with Apple may encompass much more downside risk than any settlement a Jury may deliver in the months ahead. There is the court of public opinion, which Apple seeks to frame Samsung as a violator and as a cheap clone copycat. Branding superiority could be worth a few percentage points of market share and tens to hundreds of dollars of average selling price. Intel was able to inflict similar damages on AMD and Cyrix in the 1990s to great effect. Where does Samsung go after the trial and a tarred image, regardless of the outcome? They make a venture towards Redmond and Santa Clara to partner with some folks who can protect them against further legal battles and lower the cost of competing against their higher margin competitor from Cupertino.

When Google offered Android for Free to the world, the expectation was that a multitude of phone manufacturers would take it and carve up the market into many slices, thereby denying any one OEM a majority of the profits. Google would reap millions on the mobile search and advertisement. Apple, though, was able to stay far enough ahead to land the majority of the profits while Samsung leveraged their supply chain to elbow out the remainder of the field. Nokia and RIMM sank precipitously on their old technology and lack of compelling refreshes. In two years the market was transformed. As a result, Apple and Samsung are now on the path to 80% of the market in 2013, unless another player like Huawei or ZTE are willing to cut to the bone to be relevant. They are and Samsung should worry.

Microsoft placed a bet with Nokia and has subsidized them to the tune of several hundred dollars per unit. The oil platform though is burning too fast for the Finns to exit alive. Never mind, Samsung will make Microsoft’s day with much higher volume and the complete hardware supply chain to be cost effective. Samsung will get IP protection from Microsoft and freedom from Apple’s Lawyers. One more piece to the puzzle remains.

As I speculated earlier, Intel’s goal over the next two years is to completely cannibalize AMD and nVidia in the PC space with Ultrabooks and Win8 based corporate tablets. There is an additional $10B of revenue for them to acquire by ratcheting down power with Ivy Bridge followed by Haswell and perhaps in late 2013 a surprise 14nm shrink of Ivy Bridge at <50mm that takes TDP and standby power to the floor. No ARM processor will be in the ballpark in terms of price, peak performance, performance/watt or standby power (i.e. all the metrics that count). In military terms it’s a double pincer movement that takes out nVidia and AMD in both the high and low ends of the market. Oh and by the way, Intel x86 ASPs will be rising with the exit of their former competitors thus the reasoning for Intel to invest as quickly as possible in leading edge capacity. As the above strategy plays out, Intel will drop FREE Atoms into the hands of ZTE and other third tier smartphone vendors (perhaps Huawei will sign up) for the purpose of putting low cost pressure on Samsung and Apple to move into Intel’s Fabs and eliminate TSMC and Samsung Semiconductor as leading edge mobile processor suppliers. If Apple moves ahead of Intel in a partnership, then they will likely get lower costs and block Samsung for a time in getting access to cheap processors. However, Intel will not wait on Apple and will open their doors to Samsung replacing ARM processors with Atoms in a moments notice. The value proposition of a 4-year process lead at 14nm is tremendous and hard for any smartphone vendor to overlook, especially when competing with Apple. Intel strategy pitches to OEMs likely now include the above scenarios and one more: An 8X lead when they roll out a 450mm line not long after 14nm ramps.
Full Disclosure: I am Long AAPL, INTC, QCOM, ALTR

13 Replies to “How the Apple-Samsung Duel Will Lead to Wintel 2.0”