Customized PMICs with OTP in automotive and IoT
by Don Dingee on 08-24-2016 at 4:00 pm
Categories: Automotive, IoT, IP, Mobile, Sidense

Today, the wearable device market is a nascent, but growing one. There are about 160 unique wearable devices on the market, and IDTechEx predicts wearables will grow to a $70 billion market in the next ten years. The future of wearables, which includes activity trackers, smartwatches, smartglasses and embedded sensors in clothing,… Read More

I’ll admit up-front I’m cheating. I’m writing this from the comfort of my home office without having to go anywhere near the CES madness (I was there last year; 170,000 people packed into the center of Las Vegas, block-wrapping lines to get taxis, never again). I’m relying instead on the Wired preview of the first day and what… Read More 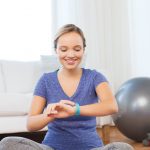 I was at the Cadence front-end summit this week; good conference with lots of interesting information. I’ll start with a panel on optimizing power for wearables. Panelists were Anthony Hill from TI, Fred Jen from Qualcomm, Leah Clark from Broadcom and Jay Roy from Cadence. Panels are generally most entertaining when the panelists… Read More

In the wave of enthusiasm surrounding the IoT, medical applications are often held up as an obvious and compelling area where applications cannot fail to succeed. I beg to differ. I think there are two important reasons why almost no such applications will succeed, at least not in the way we seem to be approaching them today.