Register / Log In
Guests have limited access.
Join our community today!
You are currently viewing SemiWiki as a guest which gives you limited access to the site. To view blog comments and experience other SemiWiki features you must be a registered member. Registration is fast, simple, and absolutely free so please, join our community today!
The Infamous Intel FPGA Slide!
by Daniel Nenni on 03-11-2014 at 10:30 am
View Profile
View Forum Posts

As I have mentioned before, I’m part of the Coleman Research Group so you can rent me by the hour to better understand the semiconductor industry. Most of the conversations are by phone but sometimes I do travel to the East Coast, Taiwan, Hong Kong, and China for face-to-face meetings. Generally the calls are the result of an event … Read More

This will be my 30[SUP]th[/SUP] Design Automation Conference. I know this because my first DAC was the same year I got married and forgetting how many years you have been married can cost you half your stuff. I have known Cliff Hou for half of that time and he has proven to be one of the most humble and honorable men I have worked with, definitely.… Read More

The Changing Semiconductor Foundry Landscape!
by Daniel Nenni on 01-29-2014 at 8:00 am
View Profile
View Forum Posts

The foundry landscape is changing again and it is definitely something that should be discussed. There are some people, mostly influenced by Intel, that feel the foundry business has hit the wall at 20nm which couldn’t be further from the truth. After spending 30 years working in Silicon Valley, I have experienced a lot of change… Read More

At TSMC’s latest earnings call held mid January 2014, an analyst asked TSMC for a revenue forecast for their emerging 2.5/3D product line. C.C. Wei, President and Co-CEO answered: “800 Million Dollars in 2016 ”. TSMC has demonstrated great vision many times before. For me, an enthusiastic supporter of this technology, this statement… Read More

There is a rumor making the rounds that Altera will leave Intel and return to TSMC. Rumors are just rumors but this one certainly has legs and I will tell you why and what I would have done if I were Altera CEO John Daane. Altera is a great company, one that I have enjoyed working with over the years, but I really think they made a serious mistake… Read More 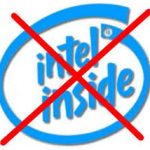 One of the big questions on Intel’s foundry strategy is: Can they compete on wafer pricing? Fortunately there are now detailed reports that support what most of us fabless folks already know. The simple answer is no, Intel cannot compete with TSMC or Samsung on wafer pricing at 28nm, 20nm, and 14nm. 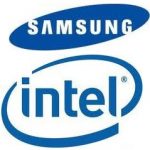 As a professional conference attendee I see a lot of keynotes, some good and some bad. I saw a great one from Kurt Shuler at the SEMICO IP Impact Conference last week. Why this conference was not standing room only I do not know. Kurt’s characterization of the semiconductor industry was well worth the price of admission. I didn’t actually… Read More 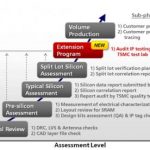 It is important to note that the System On Chip (SoC) revolution that is currently driving mobile electronics has one very important enabling technology and that is Semiconductor Intellectual Property. Where would we be without the commercial IP market segment? Computers and phones would still be on our desks for one thing, and… Read More

TSMC Continues To Fire On All Cylinders
by Ashraf Eassa on 10-17-2013 at 5:03 pm
View Profile
View Forum Posts 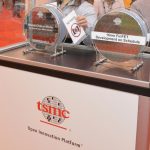 Taiwan Semiconductor Manufacturing Corporation is the world’s leading semiconductor foundry by revenue and, by extension, profitability. While I am deeply saddened that current CEO Morris Chang will be retiring (again) shortly, I am hopeful that his successor will be able to continue the legacy of foundry industry leadership… Read More