While there is a lot of excitement around the semiconductor shortage narrative and the fabs all being full, both 200mm and 300mm, there is one big plot hole and that is the FinFET era.

Intel ushered in the FinFET era only to lose FinFET dominance to the foundries shortly thereafter. In 2009 Intel brought out a 22nm FinFET wafer at the… Read More 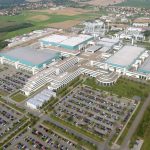 Scott Jones and I had the opportunity to talk again with Gary Patton, GlobalFoundries CTO and SVP of R&D for a quick update on 7nm and EUV. Gary has been at GF for two years now with more than 500 other technologists from the IBM semiconductor acquisition. 7nm is the first IBM based process from GF (14nm was licensed from Samsung),… Read More

The Samsung Smart, Connected Lifestyle event was last night at the Bently Reserve in San Francisco. Getting into San Francisco was no picnic with all of the roadwork and new building construction. We even saw people drive up on the sidewalk to get around car clogs. It really was crazy but definitely worth it after seeing the first … Read More

There is quite a debate raging on whether Samsung Foundry is truly in production at 14nm. The word amongst the fabless semiconductor ecosystem is yes and this comes from two very large fabless companies that are reportedly using Samsung for 14nm and have even started looking at Samsung 10nm. Of course you can Google for stories by… Read More