Achronix came to SemiWiki in 2017 and we added a chapter on the history of Achronix in our update version of “Fabless: The Transformation of the Semiconductor Industry”. So yes we know quite a bit about Achronix and the FPGA business so it was a pleasure to do a CEO Q&A with Robert Blake. First lets take a look at his … Read More 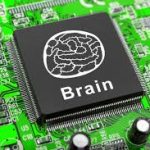 This is obviously great news for SilabTech, and this is the type of news which will change the perception that we (non-Indian) have of the Semiconductor industry in India. About 15-20 years ago, the India Embedded/VLSI industry was perceived as low cost design resource pool, a good place where to implement design center. The hidden… Read More 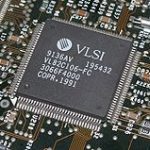 In the early 1980s the ideas and infrastructure for what would eventually be called ASIC started to come together. Semiconductor technology had reached the point that a useful number of transistors could be put onto a chip. But unlike earlier, when a chip only held a few transistors and thus could be used to create basic generic building… Read More