Register / Log In
Guests have limited access.
Join our community today!
You are currently viewing SemiWiki as a guest which gives you limited access to the site. To view blog comments and experience other SemiWiki features you must be a registered member. Registration is fast, simple, and absolutely free so please, join our community today!
Who is Using Samsung 14nm?
by Daniel Nenni on 11-09-2014 at 7:00 am
View Profile
View Forum Posts

The previous blog I did on the density difference between Intel 14nm and TSMC 20nm caused quite a stir and many interesting comments which I would like to address. After writing thousands of blogs on a wide variety of topics I have found that playing the devil’s advocate stimulates the most productive conversations and in this case… Read More

Speculation is running rampant after last month’s conference call where Dr. Morris Chang, who is often referred to as “The Chairman”, commented that at 16nm TSMC will have a smaller market share than a major competitor in 2015. TSMC will however regain the FinFET lead in 2016 and 2017. Of course the blogosphere went crazy on this … Read More

Rather than watch the World Cup battle for third place, my beautiful wife and I spent last Saturday afternoon at the CASPA Wearables Symposium. The most interesting presentation was from Samsung because it included slides on their foundry offering. In regards to wearables, I still don’t see the ROI I need to buy one, yet. We are getting… Read More

This week I’m at SEMICON West with 27,000 of my closest friends. Good information, good networking, and some great rumors this year. Yesterday I heard a juicy rumor in the halls that Intel is still having 14nm yield problems. Remember, we heard a similar rumor last year and it turned out to be true. I Googled around this morning and … Read More

As I have mentioned before, I’m part of the Coleman Research Group so you can rent me by the hour to better understand the semiconductor industry. Most of the conversations are by phone but sometimes I do travel to the East Coast, Taiwan, Hong Kong, and China for face-to-face meetings. Generally the calls are the result of an event … Read More

On one hand the Motley Fool is saying, “Intel 14nm could change the game” and on the other hand the Wall Street Cheat Sheet is saying, “Intel should shut down mobile”. SemiWiki says Intel missed mobile and should look to the future and focus on wearables and in this blog I will argue why. 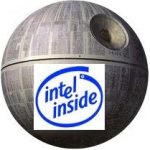 Yes, I will be going to IDF again this year, even though it is the same day as the Apple new product announcement. As a born again Apple Fan that is really saying something but Intel has done a great job of motivating the fabless semiconductor ecosystem and I thank them for that.