Even though AI is being used to replace procedural coding for many embedded applications, there is still, and will be for a long time, code that is written manually to deal with complicated inputs to control connected systems. Even in AI based systems there are programmer coded steps for responses to AI identified inputs. All of … Read More

A lot of folks in the semiconductor business are familiar with Dassault Systèmes because of their product life cycle management (PLM) products for IC design. They are, of course well known in other industries as well for their 3D modeling and simulation software. Over the years they have added capabilities and intelligence to … Read More

Delivering Innovation for Regulated Markets
by Daniel Nenni on 02-25-2019 at 7:00 am
View Profile
View Forum Posts 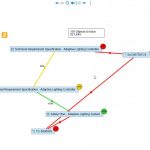 When delivering devices to markets that require heavily audited compliance it is necessary to document and demonstrate development processes that follow the various standard(s) such as IEC65108, IATF16949, ISO26262.

Enabling a New Semiconductor Revolution!
by Daniel Nenni on 10-09-2017 at 7:00 am
View Profile
View Forum Posts

According to semiconductor trade statistics, 2017 will be the strongest market since 2010 easily recording double digit gains causing the SOX Semiconductor Index to outpace NASDAQ and the other indexes. The question Wall Street people have now is: How much longer will semiconductors be an attractive investment? That question… Read More

It was the very first time I attended the LETI days, even if I know the research center for many years. LETI was created in the 60’s, as the subsidiary of the CEA (France agency in charge of Atomic Energy) in charge of Microelectronic. Now, for more than 50 years, 2000 research engineers are working to develop technologies, systems … Read More

The challenge of tracking design progress is a shared problem for individual designers, team leaders, and project managers. At each level the ability to step back from just reviewing error log files and seeing the arc of the whole design as it moves forward is valuable. The difficulty of seeing the whole picture is exacerbated when… Read More 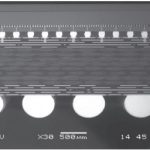 At Intel back in the late 1970’s we were designing DRAM chips and mounting them in ceramic and plastic packages, however there were problems when some of the die would crack inside of the package because of thermal mismatch issues with how the die was attached to the heat spreader inside the package. Back then we really didn’t… Read More 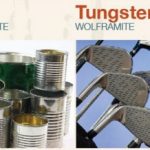 Our semiconductor industry uses many different materials and chemicals in the production of chips, boards and electronic systems. But what should we do if the minerals like tantalum, tin, tungsten and gold are coming from the eastern provinces of the Democratic Republic of the Congo where armed bandits are forcing workers against… Read More 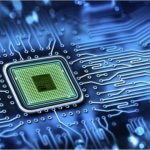 Big data is a headline phrase that I see appear almost weekly now in my newsfeed, so it’s probably time that I start paying more attention to the growing trend because it does impact how technology-driven, EDA tool flows are being used. From my last trip to DAC I recall only two companies that were really focused on system-level… Read More