Waking Up to the Requirements of Voice Activity Detection
by Tom Simon on 07-07-2020 at 6:00 am
View Profile
View Forum Posts

There is a famous scene in the 1976 movie Taxi Driver when Robert De Niro’s character Travis is pretending to have a conversation looking in the mirror and repeatedly saying “Are you talking to me?”. I think about this scene every time I use a voice active device – Hey, are you talking to me? Yes, I am, but are you listening?

Voice activated control, search, entertainment and other capabilities are building momentum rapidly. This seems inevitable – short of Elon Musk’s direct brain links, the fastest path to communicate intent to a machine is through methods natural to us humans: speech and gestures. And since for most of us speech is a richer… Read More

I have recently blogged about CEVA acquisition of Riviera Waves, a very positive move to consolidate CEVA leading position of connectivity IP vendor (Bluetooth and WiFi). We know CEVA for years as being the leading supplier of DSP IP cores for the wireless phone market and it look like that we will have to rethink this definition,… Read More

You can read all these articles in the latest CEVA Newsletter, if you didn’t read it first in Semiwiki! The blog describing the “Maximum Likelihood MIMO Implementation” is certainly going deep technically, as it introduce a complex Digital Signal Processing technique, Multiple Input Multiple Output (MIMO). MIMO is just like… Read More 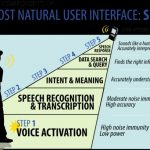 The ARC EM family is the low-power, embedded and low footprint processor part of the larger ARC processor. To target the ultra low-power markets like wearable and IoT, Synopsys has added DSP capabilities to EM5D and EM7D. To be specific, these cores are optimized for ultra low-power control and DSP, thanks to: