Keynote from Air Force Research Laboratory at CadenceLIVE Americas 2021
by Kalar Rajendiran on 06-28-2021 at 6:00 am
View Profile
View Forum Posts

Aerospace platform electrical system change: from adversity to advantage
by Admin on 04-01-2021 at 12:00 am
View Profile
View Forum Posts

Learn how A&D platform change can be a program differentiator

The ongoing demand for increased performance, coupled with the trend toward using

Due to COVID-19 concerns, SEE/MAPLD has been postponed to October 4-7, 2020 and will remain at the La Jolla Marriott

Years before ISO 26262 (the auto safety standard) existed, a few electronics engineers had to worry about radiation hardening, but not for cars. Their concerns were the same we have today – radiation-induced single event effects (SEE) and single event upsets (SEU). SEEs are root-cause effects – some form of radiation, might be… Read More 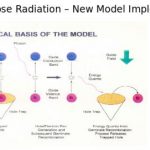 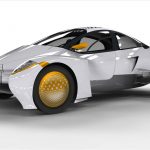 [The VLC developed by Edison2, winner of the Progressive Automotive X-Prize]

Now that we have “The Very Light Car” of the world at more than 100 MPG!! Yes, this is the car developed by Edison2, one among the three winners of the Progressive Insurance Automotive X-Prize, a global competition; Edison2 won in the main stream class. … Read More 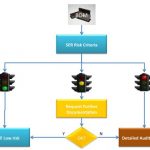 How reliable is your cell-phone? Actually, you don’t really care. It will crash from time to time due to software bugs and you’ll throw it away after two or three years. If a few phones also crash due to stray neutrons from outer space or stray alpha particles from the solder balls used in the flip-chip bonding then nobody… Read More