The announced forecasts for 2018 range from Mike Cowan’s 3.2% to Future Horizons’ 15.6%. We at Semiconductor Intelligence raised our 2018 projection to 12% from 10% in September. The assumptions behind our forecast are:

· Steady or improving demand for key electronic equipment
The market for PCs and tablets has been weak, with declines in 2016 and 2017. Gartner expects a slight improvement in 2018 to a roughly flat market at 0.2% change. IDC believes smartphone unit growth will accelerate from 1.4% in 2017 to 3.7% in 2018. IC Insights projects ICs for automotive and internet of things (IoT) applications will be key market drivers over the next few years. These two categories should each show robust increases of 16% in 2018.


Slight improvement in global economic growth
The International Monetary Fund (IMF) October 2017 economic outlook called for global GDP to rise 3.6% in 2017, an acceleration of 0.4 percentage points from 3.2% in 2016. 2018 is expected to show a slight acceleration to 3.7% growth. Advanced economies are projected to decelerate from 2.2% GDP change in 2017 to 2.0% in 2018. Among the advanced economies, an acceleration in U.S. GDP growth is more than offset by slower increases in the Euro area, United Kingdom, and Japan. The acceleration in global GDP in 2018 will be driven by emerging and developing economies, moving from a 4.6% change in 2017 to 4.9% in 2018. A deceleration in China from 6.8% in 2017 to 6.5% in 2018 is more than offset by accelerating change in India, steady growth in the ASEAN-5 (Indonesia, Malaysia, Philippines, Thailand and Vietnam), and a continuing recovery in Latin America. 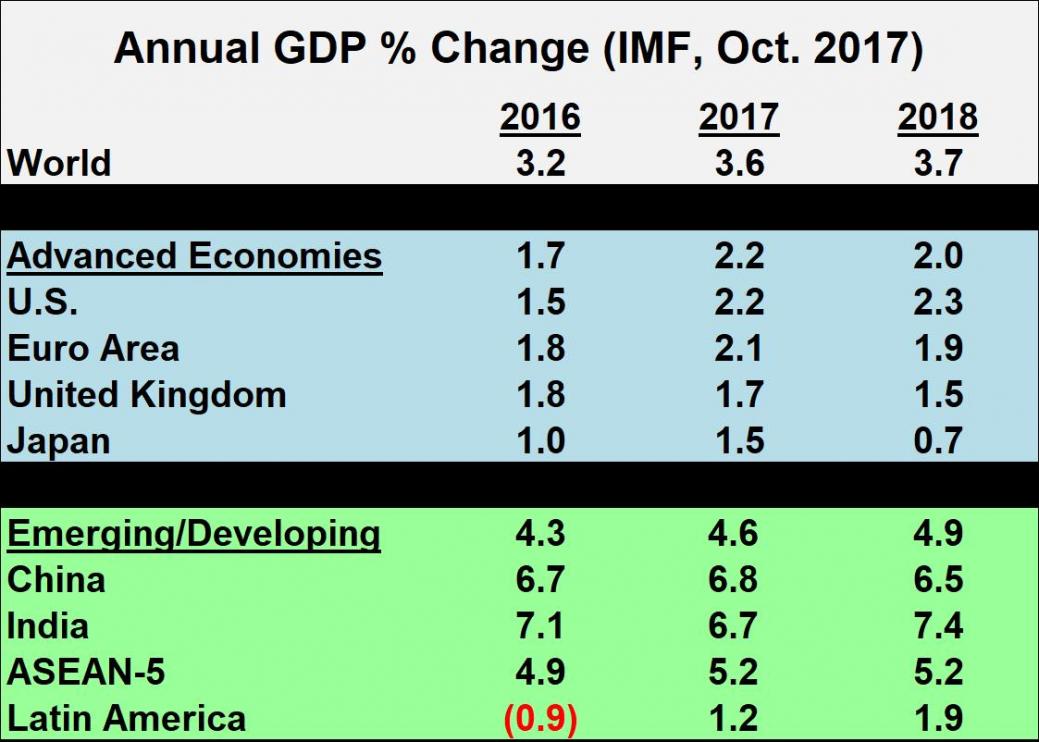 · Moderating, but continuing strong memory demand
In the last 25 years, there have been four cycles where the memory market has shown at least one year of growth over 40%. These cycles usually ended with a major decline the memory market, ranging from 13% to 49%. The exception was 2004-2005, when the memory market went from 45% growth to a modest 3% change. The upside of the memory cycles generally lasted two to four years. The exception to this was 2010, where a 55% memory increase was preceded by a 3% decline in 2009 and followed by a 13% decline in 2011. Based on this history, we will most likely see one more year of solid memory growth in 2018 before a decline in 2019. 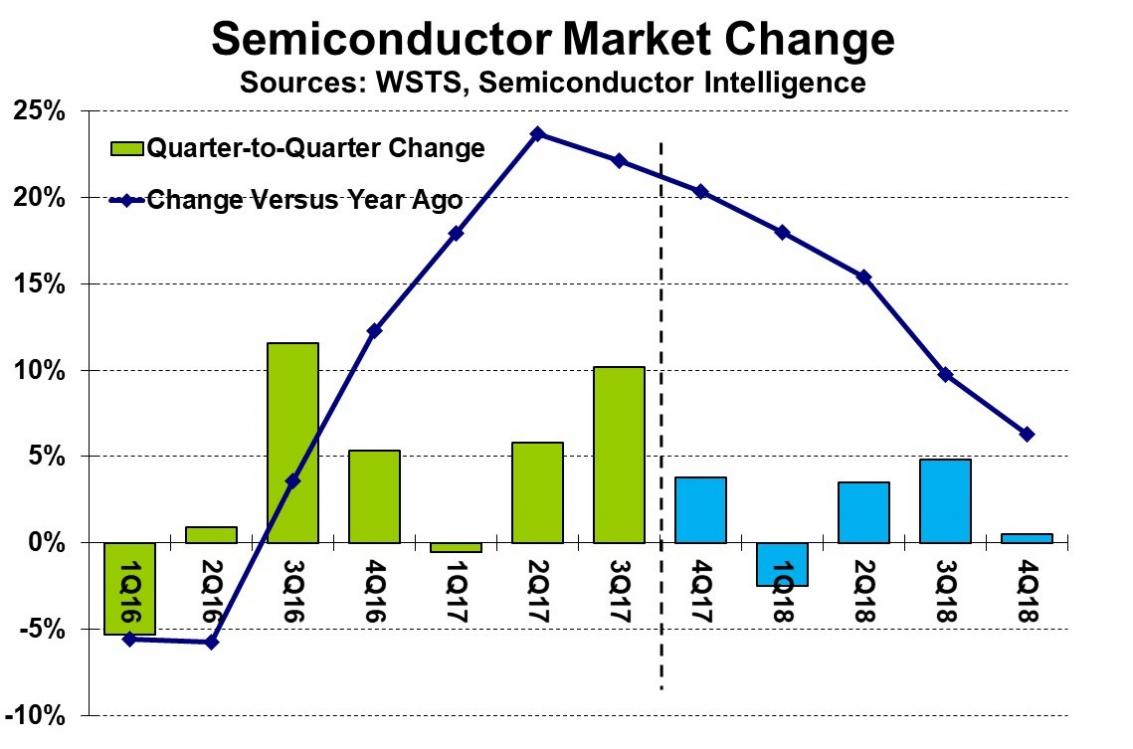 We have not yet finalized our forecast for 2019. The most probable scenario is a low single-digit increase or a slight decrease as memory demand eases. After the 2019 correction, the semiconductor market should recover to moderate growth in 2020.