Each year, TSMC conducts two major customer events worldwide – the TSMC Technology Symposium in the Spring and the TSMC Open Innovation Platform Ecosystem Forum in the Fall. The Technology Symposium event was recently held in Santa Clara, CA, providing an extensive update on the status of advanced semiconductor and packaging technology development. This article briefly reviews the highlights of the semiconductor process presentations – a subsequent article will review the advanced packaging announcements.

First, some general items that might be of interest:

Longevity
TSMC was founded in 1987, and has been holding annual Technology Symposium events since 1994 – this was the 25th anniversary (which was highlighted prevalently throughout the Santa Clara Convention Center). “The first Silicon Valley symposium had less than 100 attendees – now, the attendance exceeds 2000.”, according to Dave Keller, President and CEO of TSMC North America.

Best Quote of the Day
Dr. Cheng-Ming Lin, Director, Automotive Business Development, describes the unique requirements of TSMC’s automotive customers, specifically with regards to continuity of supply over a much longer product lifetime. He indicated,

“Our commitment to legacy processes is unwavering. We have never closed a fab or shut down a process technology.” (Wow.)

Best Quip of the Day
Dr. Y.-J. Mii, Senior Vice President of Research and Development / Technology Development , highlighted three eras of process technology development, as depicted in the figure below from his presentation.

In the first phase, Dennard scaling refers to the goal of scaling FEOL linear lithographic dimensions by a factor of “s” (s < 1) in successive process nodes, achieving an improvement of (1 / s**2) in circuit density, measured as gates / mm**2. The next phase focused on material improvements, and the current phase centers on design-technology co-optimization – more on that shortly.

In a subsequent presentation at the symposium, Dr. Doug Yu, VP, Integrated Interconnect and Packaging R&D, described how advanced packaging technology has also been focused on scaling, albeit for a shorter duration. “For over 10 years, packages have also offered two-dimensional improvements to redistribution layer (RDL) and bump pitch lithography. With the multi-die, 3D vertical stacking package technology we’re describing today – specifically, TSMC’s SoIC offering – we are providing vast improvements in circuit density. S is equal to zero. Or, in other words, infinite scaling.” 😀 (Indeed, it is easy to foresee product technologies starting to use the metric “gates / mm**3” .)

Here is a brief recap of the TSMC advanced process technology status.

N7/N7+
TSMC announced the N7 and N7+ process nodes at the symposium two years ago. (link)

N7 is the “baseline” FinFET process, whereas N7+ offers improved circuit density with the introduction of EUV lithography for selected FEOL layers. The transition of design IP from N7 to N7+ necessitates re-implementation, to achieve a 1.2X logic gate density improvement. Key highlights include:

The figure below illustrates a “typical” FinFET device layout, with M0 solely used as a local interconnect, to connect the source or drain nodes of a multi-fin device and used within the cell to connect common nFET and pFET schematic nodes. 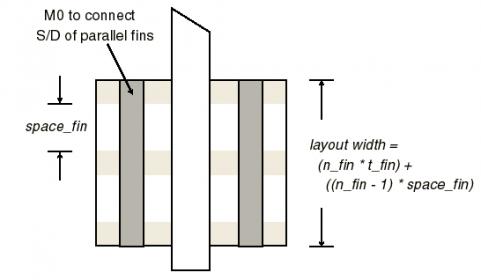 I need to ponder a bit more on the opportunity use M0 as a routing layer – TSMC indicated that EDA router support for this feature is still being qualified.

N6 strikes me as a continuation of TSMC’s introduction of a “half node” process roadmap, as depicted below. 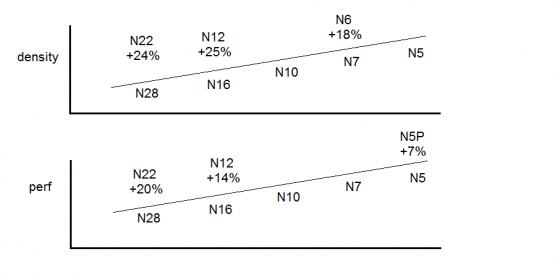 A half-node process is both an engineering-driven and business-driven decision to provide a low-risk design migration path, to offer a cost-reduced option to an existing N7 design as a “mid-life kicker”.

The introduction of N6 also highlights an issue that will become increasingly problematic. The migration of a design integrating external IP is dependent upon the engineering and financial resources of the IP provider to develop, release (on a testsite shuttle), characterize, and qualify the IP on a new node on a suitable schedule. N6 offers an opportunity to introduce a kicker without that external IP release constraint.

An improved local MIM capacitance will help to address the increased current from the higher gate density. TSMC indicated an expected single-digit % performance increase could be realized for high-performance (high switching activity) designs.

NTO’s for these nodes will be accepted in 3Q’19. 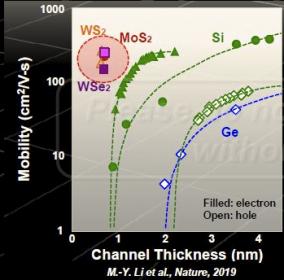 “Since the introduction of the N16 node, we have accelerated the manufacturing capacity ramp for each node in the first 6 months at an ever-increasing rate. The N7 capacity in 2019 will exceed 1M 12” wafers per year. The N10/N7 capacity ramp has tripled since 2017, as phases 5 through 7 of Gigafab 15 have come online.”

“We have implemented aggressive statistical process control (measured on control wafer sites) for early detection, stop, and fix of process variations – e.g., upward/downward shifts in baseline measures, a variance shift, mismatch among tools. We have established 2D wafer profile measurement criteria, and in-line monitoring and comparison to an “acceptance” profile across each wafer.”

“The DDM reduction rate on N7 has been the fastest of any node.”

“For automotive customers, we have implemented unique measures to achieve the demanding DPPM requirements. We will ink out good die in a bad zone. And, there are SPC criteria for a maverick lot, which will be scrapped.”

“We will support product-specific upper spec limit and lower spec limit criteria. We will either scrap an out-of-spec limit wafer, or hold the entire lot for the customer’s risk assessment.” (See the figures below. Source: TSMC)

Growth in semi content
Dr. Lin indicated, “Automotive systems will require both advanced logic technologies for ADAS, such as N16FFC, and advanced RF technologies for V2X communications. Although the CAGR for cars from now to 2022 is expected to be only ~1.8%, the CAGR for the semiconductor content will be 6.9%.”

“The adoption rate for the digital dashboard cockpit visualization system will also increase, driving further semiconductor growth – 0.2% in 2018 to 11% in 2025.”

L2+
The levels of support for automated driver assistance and ultimately autonomous driving have been defined by SAE International as “Level 1 through Level 5”. Perhaps in recognition of the difficulties in achieving L3 through L5, a new “L2+” level has been proposed (albeit outside of SAE), with additional camera and decision support features.

N16FFC, and then N7
The 16FFC platform has been qualified for automotive environment applications – e.g., SPICE and aging models, foundation IP characterization, non-volatile memory, interface IP. The N7 platform will be (AEC-Q100 and ASIL-B) qualified in 2020. “Automotive customers tend to lag consumer adoption by ~2-3 years, to leverage DPPM learning – although that interval is diminishing. We anticipate aggressive N7 automotive adoption in 2021.”,Dr. Lin indicated.

“The TSMC RF CMOS offerings will be used for SRR, LRR, and Lidar. The 16FFC-RF-Enhanced process will be qualified for automotive platforms in 2Q’20.”

The 22ULL node also get an MRAM option for non-volatile memory.

The next generation IoT node will be 12FFC+_ULL, with risk production in 2Q’20. (with low VDD standard cells at SVT, 0.5V VDD).

Summary
There was a conjecture/joke going around a couple of years ago, suggesting that “only 7 customers will be able to afford to pursue 7nm designs, and only 5 customers at 5nm”.

Clearly, the momentum behind N7/N6 and N5 across mobile communication, HPC, and automotive (L1-L5) applications dispels that idea. TSMC is investing significantly in enabling these nodes through DTCO, leveraging significant progress in EUV lithography and the introduction of new materials.

Part 2 of this article will review the advanced packaging technologies presented at the TSMC Technology Symposium.