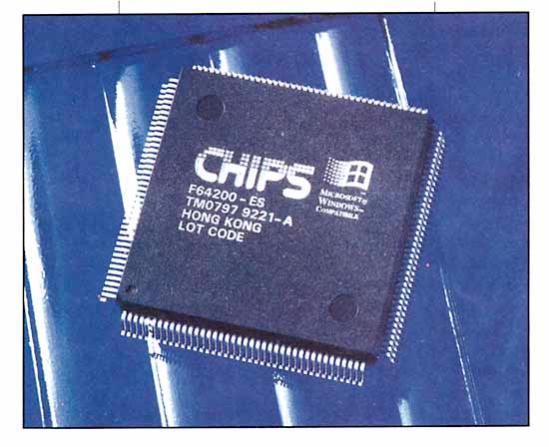 The fundamental economics of the semiconductor industry are summed up in the phrase “fill the fab.” Building a fab is a major investment. With a lifetime of just a few years, the costs of owning a fab are dominated by depreciation of the fixed capital assets (the building, the air and water purification equipment, the manufacturing equipment etc). This puts a big premium on filling the fab and running it as close to capacity as possible. If a fab is not full then the fixed costs will overwhelm the profit on the capacity that is used and the fab will lose money. Of course, if demand is high there is a corresponding problem since a fab that is already full cannot manufacture any more by definition (actually fabs sometimes run at 110% capacity but that is about the most that can be pushed through).

The capacity of a fab is usually a good fraction of the overall needs of the company that built it and so there is often a mismatch between the capacity needed, in terms of wafer-starts, and what is available. In one case, the semiconductor company is out of capacity, the fab is full, but they could sell more product if only they could get it manufactured. In the other case, the company has surplus capacity, perhaps a newly opened fab, and doesn’t have enough product to keep the fab full. This dynamic led to the original foundry businesses, which was semiconductor companies, sometimes competitors, buying raw manufactured wafers off each other to smooth out these mismatches between capacity and demand.

In 1987 a major change took place with the creation of the Taiwan Semiconductor Manufacturing Company, TSMC. It was an outgrowth of Taiwan’s Industrial Technology Research Institute, ITRI. Since very few fabless semiconductor companies existed back then (Chips and Technologies was founded only in 1985 for instance) their business model was to be a supplier to the existing foundry business, namely providing manufacturing services to semiconductor companies who were short of capacity in their own fabs. One of the original investors was Philips Semiconductors (since spun-out from Philips as NXP) who also was one of the first customers buying wafers.

United Microelectronics Corporation, UMC, was an earlier spinoff from ITRI, created in 1980 as Taiwan’s first semiconductor company. Across the road in Hsinchu from TSMC, its focus also gradually shifted to foundry manufacturing especially once the fabless ecosystem created both a lot of demand and also a wish to have a competitor to TSMC to ensure that pricing remained competitive.

The third of the big three back in that era was Chartered Semiconductor, based in Singapore and backed by a consortium including the Singapore government who saw semiconductor manufacture as a strategic move up the electronic value chain.

The big change that the creation of TSMC made was that it became possible to have semiconductor wafers manufactured without requiring a deep strategic relationship. Pricing wasn’t so transparent that you could just look at the price-list on the web (not least because in 1987 there wasn’t a web) but a salesman would quote you for whatever you needed. It was very similar to a metal foundry, where the name had come from: if you wanted some metal parts forged then they would give you a quote and build them for you. In the same way, if you needed some wafers manufacturing you could simply go and get a price.

This might not seem like that significant a change but it meant that forming a fabless semiconductor company no longer depended on the founders of the company having some sort of inside track with a semiconductor company with a fab, they could focus on doing their design safe in the knowledge that when they reached the manufacturing stage that they could simply buy wafers from TSMC, UMC or other companies that had entered the foundry business.

The line between fabless semiconductor companies and IDMs has blurred over the last decade. Back in the 1990s, most IDMs manufactured most of their own product, perhaps using a foundry for a small percentage of additional capacity when required. But their own manufacturing was competitive, both in terms of the capacity of fab they could afford to build, and in terms of process technology.

0 Replies to “A Brief History of the Foundry Industry, part 1”