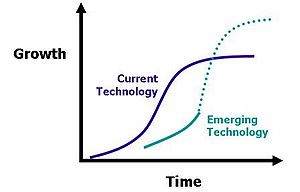 -which leads to the interesting topic of interface standards.

Smartphones and the ever growing features list are driving this technology hard. As smartphones replace your cell phone, camera, GPS, iPod, game console, video player, etc… an incredible amount of data must pass between this pocket-sized device and your face.

The first such interface standard was developed by semiconductor giant Qualcomm:

Mobile Display Digital Interface (MDDI) is a high-speed digital interface developed to interconnect the upper and lower clamshell in a flip phone. The MDDI solution, A Video Electronics Standards Association (VESA) approved standard, supports variable data rates of up to 3.2 Gbit/s, and decreases the number of signals that connect the digital baseband controller with the LCD display and camera. The integration of MDDI is said to enable the adoption of advanced features, such as high-definition (QVGA) LCDs and high-resolution megapixel cameras for wireless devices, and supports capabilities such as driving an external display or a video projector from a handset.

Not to be out done, a consortium of giant semiconductor companies including Nokia, STMicroelectronics and Texas Instruments developed an overlapping interface standard:

The Mobile Industry Processor Interface (MIPI) Alliance is an open membership organization that includes leading companies in the mobile industry that share the objective of defining and promoting open specifications for interfaces inside mobile terminals MIPI aims to shave complexity and costs while boosting flexibility for cell phones and the chips that drive them. 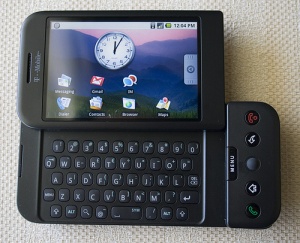 No, wait, it gets even more interesting. In regards to smartphone connectivity there are two standards: Global System for Mobile Communications (GSM) and Code Division Multiple Access (CDMA). GSM is a European standard a` la Nokia and STMicro while CDMA is an American standard a` la Qualcomm. ATT-Wireless and T-Mobile use GSM while Sprint and Verizon use CDMA, so now you know who’s really to blame when your phone can’t even get one bar! It stands to reason that GSM phones use MIPI and CDMA phones use MIDDI. According toiSuppli:

“The trend is clear. MIPI standard is gaining momentum. In the last couple of years, the number of MIPI alliance members nearly doubled to 180 members.” said Randy Lawson, Senior Analyst of iSuppli Corporation. “As a leader in the embedded IP space for these new high performance interface standards, Mixel is well positioned to take advantage of the growing adoption of MIPI support within portable communications products.” He added. 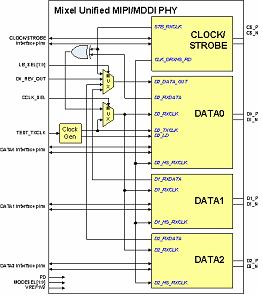 The Video Electronics Standards Association and Qualcomm may disagree. The $1B question is: Is there room inside your smartphone for both MIDDI and MIPI interfaces? The answer of course is yes, especially with a unified PHY. A much more eloquent explanation can be found in this excellent article authored by two of my LinkedIn connections Tim Saxe and Ashraf Takla entitled: Can MDDI and MIPI Coexist? A must read for mobile internet device (MID) developers and users.