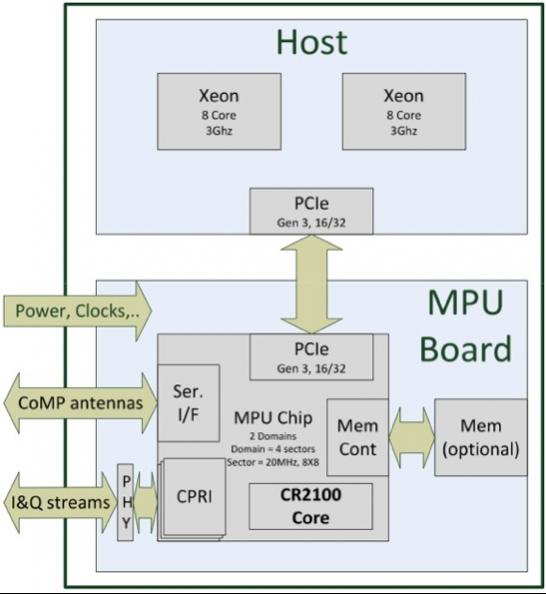 One thing that I learned about at the Liney Microprocessor Conference last week was C-RAN which stands for Cloud Radio Access Networks. The technology is created by ASOCS who are working with China Mobile as the driving customer. And before you dismiss that as just being one network interested in the technology, China Mobile has more subscribers than all US and European networks combined.

So what is C-RAN? The most efficient way to deliver computing power these days is using very large server farms and virtualization. Getting the whole virtualization infrastructure to work perfectly is by no means trivial, it was one of Google’s big advantages in the early days, but once you have it is easy to scale by adding another 1,000 or even 100,000 servers. C-RAN is taking that approach to all the signal processing in a cellular base-station. Normally today there is complex digital signal processing at the antenna head, and another lot in the base-station itself. With C-RAN, the simplest possible processing is done at the antenna and the resulting data is sent by high-speed fiber-optic links to the cloud datacenter where the real signal processing is done.

Gilad Garon, the CEO, presented ASOCS’s solution, which is basically add-on PCI for basic servers to do the signal processing. Think of a server farm of thousands of servers, each with its own offload board to do the specialized processing in a power and performance efficient way.

The basic idea, that computation is best done using a huge shared compute resource rather than having dedicated hardware everywhere, doesn’t seem to be in dispute. But the air interface for a cellular network has latency requirements as well as throughput requirements. This doesn’t matter for the canonical case of a Google search where a tenth of a second seems fast. But in that time hundreds or thousands of packets might be required over the radio. 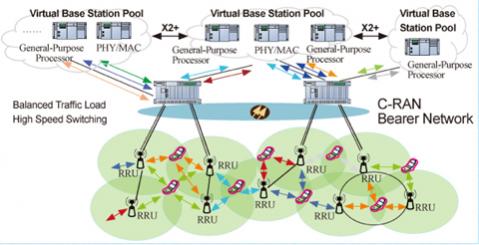 My first thoughts, like everyone else’s, is that light travels a foot in a nano-second. If the datacenter is 10 miles away then that is approximately 50,000 feet so 50 microseconds. With a high-speed network that sounds like it is starting to be significant given that it is the baseband signal processing at the PHY level of the network.

Chris Rowen of Tensilica/Cadence, during the panel session afterwards, said here’s how we can tell if it works. If the electronics at the antenna remains simple, the idea is sound. If we end up having to recreate a lot of complex electronics, starting to build a significant amount of a base-station just to get it close enough, then the idea isn’t really workable.

It seems clear that if it is workable it will be in the densest areas, since the number of antennas and their distance to the cloud datacenter mean that the whole system is operating at scale. In rural areas, there are fewer antennas and they will inevitably be further from the datacenter, and a traditional base-station self-contained for compute power is probably a better idea.

More Articles by this author…..

0 Replies to “Cloud-RAN: a New Way to Build a Basestation”