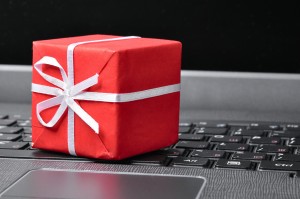 Dear Santa, please bring technology that brings us together
by Don Dingee on 11-23-2012 at 2:12 pm
View Profile
View Forum Posts

Dear Santa,
It has been many years since I have written you. I was taught never to ask anyone for anything for myself, that it is a presumptuous and selfish thing to do, so this is not for me. I know you are busy filling the wish lists of children everywhere, but wanted to take a moment to ask for your help for everyone.

There is good news. The love that parents have for their children is still strong. Basic acts of kindness between people still happen. The joy of giving a gift from the heart is still out there. From your perspective, things may not seem all that different, though the gifts people are asking for have changed.

Simple toys and clothes have been replaced by technology on most lists. These tech gifts have become expensive, beyond the reach of many in this economy, but that’s not the only problem now. The same gifts that are supposed to bring happiness have in some cases brought other feelings.

Technology has connected our world in amazing ways, closing the distance between people, allowing the exchange of new ideas instantly. But that same effect has increased the clutter in our lives, reduced our attention span, and enabled polarizing discussion that is pushing us farther apart.

With so many items competing for our time and attention, we are now under tremendous pressure just to sort out all the communication aimed in our general direction. Much of it is noise, drowning and numbing us. Thoughtful discussion has been replaced by shouting and soundbyting and pithy Tweets and viral YouTube vids. Information has been displaced by entertainment. Learning has taken a back seat to promotion.

Immediacy has also become distracting, and dangerous. The pressure to post on Facebook daily often outweighs the need to listen to a family member in the same house. We get really frustrated when our technology doesn’t work right, and stop everything we are doing to fix it, unhappily growling at others around us until successful. People are willing to risk their lives, and the lives of those they don’t know, dividing their attention between driving and texting or talking.

The whole idea of what is valuable has changed. Everyone seems to want instant return on investment, immediate results even when facing the most difficult of issues. Differences aren’t celebrated, they are ridiculed, and those who can’t deliver something someone wants right away are cast aside. Relationships have become more about what-is-in-it-for-me, and what-have-you-done-for-me-lately, instead of looking at the longer term and overlooking flaws.

Discussions have become unproductive, divisive, and hurtful. People say things on social channels, separated by a comfortable distance, they would never say in front of a person. Friendships end with texts, which is sad. Every move of public figures is dissected, assailed, and resisted by anyone who can post an opinion, which has led to gridlock. Job seekers who invest in face-to-face interviews and hand-written thank you notes get back form emails with the words “not qualified”, a non-response that avoids truth. Facts are no longer a requirement, and just slow down the conversation because they have to be explained, or responded to.

Instead, the people sought after are those with rock star or guru next to their name, experts in promotion who can make something appear desirable, skilled in using air time. Substance isn’t that important, only the ability to engage and convince enough people to listen.

Santa, have you noticed any of this in the way people use the technology gifts you bring?

I’m afraid we’re being driven farther and farther apart by technology, instead of being brought together. People are getting discouraged by what they are seeing and hearing. The things that used to be important – education, hard work, family values – are becoming alarmingly less effective in this melee today.

In the lonely crowd, there are millions who struggle quietly. There are adults of all ages who want to work at their full potential, who have skills and valuable opinions, good people who have a great deal of love and passion to share. There are college students and recent graduates worried about a future where prospects for employment in their field aren’t good, but they still have hope things will get better. There are teens who just want to be recognized and encouraged, who often lack experience and discretion but learn daily, with enthusiasm.

Nothing is perfect, and nobody is immune from change. We must all learn constantly, and much of the problem isn’t the technology, it’s our behavior. Maybe what I’m really asking for is that we slow down and treat each other better, and that we find a way to feel better about ourselves without having to misuse all this technology. I’d also like to see our economy get better, and right now the fastest way for that to happen is for a lot of technology purchases this holiday.

If there is such a thing as technology that brings us together, Santa, please bring it for us. Also, please bring those of us who design all this stuff the inspiration to make it better, to keep in mind we should be helping people help each other. Once we figure out our way through the here and now, the future will be brighter.

0 Replies to “Dear Santa, please bring technology that brings us together”