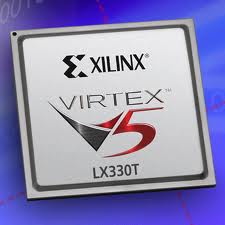 From the transistor to the integrated circuit to the ASIC, next comes programmable logic devices on the road to the mainstream fabless semiconductor industry. PLDS started in the early 1970’s from the likes of Motorola, Texas Instruments, and IBM but it wasn’t until Xilinx brought us the field programmable gate array (FPGA) in the late 1980’s that PLDs crossed paths with the ASIC world. Today FPGA design starts by far outnumber ASIC design starts and that number is climbing every year. Xilinx also brought us one of the first commercial foundry relationships that would transform the semiconductor industry into what it is today, fabless.

It is a familiar Silicon Valley story, Xilinx co-founder Ross Freeman wanted to create a blank semiconductor device that could be quickly programmed based on an application’s requirements. Even back then semiconductors cost millions of dollars to design and manufacture so this was not only a cost savings, FPGAs also dramatically reduced time to market for electronic products. Fortunately for us, Ross’s employer Zilog did not share this vision and Xilinx was created in 1984.

To minimize start-up costs and risk, the Xilinx founders decided to leverage personal relationships with Japan based Seiko Epson Semiconductor Division. Seiko started manufacturing the first FPGAs for Xilinx in 1985 using a very mature 1.2m process. The first Xilinx FPGA was a 1,000 ASIC gate equivalent running at 18MHZ. Xilinx also pioneered second sourcing for the fabless semiconductor market segments using multiple IDMs for manufacturing to keep costs and risks in check. One of the more notable second sources was AMD who’s CEO at that time, Jerry Sanders, made the infamous statement “Real men have fabs!” AMD is now fabless of course.

In 1995 Xilinx moved production to pure-play foundry UMC which was the start of a very long and very intimate relationship. Xilinx and UMC pioneered what is now called the simulated IDM relationship where the fabless company has full access to the process technology and is an active development partner. I remember visiting UMC and seeing Xilinx employees everywhere. In fact, one of UMC’s corporate headquarters floors was reserved for Xilinx employees. The relationship ended at 40nm as Xilinx moved to TSMC for 28nm in 2010. Rumors had the relationship ending as a result of 65nm yield problems and delays in 40nm which allowed rival Altera, who works exclusively with TSMC, to gain significant market share.

Currently Xilinx has about 3,000 employees, 20,000 customers, 2,500 patents, and more than 50% share ($2.2B) of the $4B programmable market. The other notable programmable companies are Altera ($1.8B), Actel (now part of Microsemi), and Lattice ($300M), all of which are fabless. Newcomers to the FPGA market include Achronix and Tabula, both of which will be amongst Intel’s first fab customers at 22nm.

10 Replies to “A Brief History of FPGAs”