Designing at 7nm is a big deal because of the costs to make masks and then produce silicon that yields at an acceptable level, and Silicon Creations is one company that has the experience in designing AMS IP like: PLL, Serializer-Deserializer, IOs, Oscillators. Why design at 7nm? Lots of reasons – lower power, higher speeds, longer battery life.
How about the challenges of designing at 7nm? There’s more analysis required, because of several factors:

Pawel Banachowicz and Brian Eplett are engineers from Silicon Creations and they wrote a white paper on their 7nm IP verification experiences using EDA tools from Mentor – a Siemens business. This blog gleans what I found in their white paper.

For circuit simulation they used the Analog FastSPICE (AFS) tool because it provides them with:

Circuit designers know that silicon measurements are the ultimate reality, so the most important question then becomes, “Just how close are your circuit simulation results to measured silicon?”

Silicon Creations has their first 7nm silicon back from the foundry and it was successful on first-pass. The list of EDA tools they used during design and verification include:

Their first six products to use 7nm silicon are listed below: 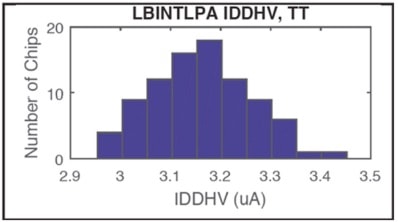 PLL Power Consumption vs Noise
Another PLL design (PLLTS7FFFRACE) met their performance goals of power consumption and noise as shown below where the specification is shown as a dotted line, then silicon measurements use colored lines: 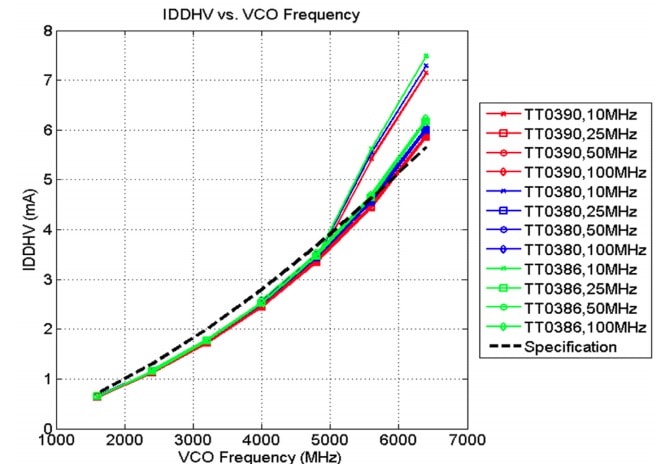 For the same PLL let’s look at measured versus simulated phase noise (red), another good correlation: 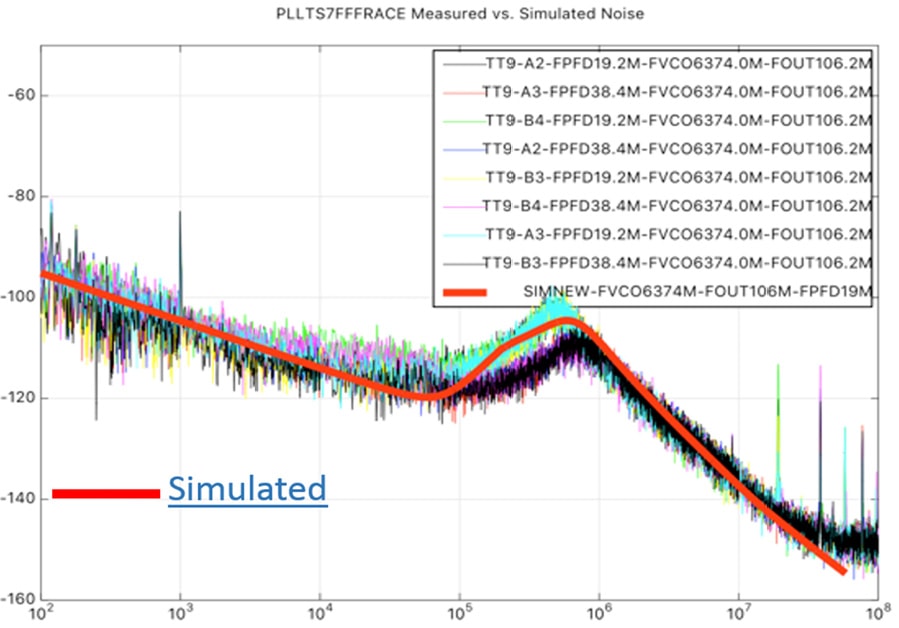 PLL Startup Behavior
A low-power option Integer PLL (PLLTS7FFLAINTE) operates from a 24 to 48MHz input reference then has an output frequency ranging from 96MHz to 384MHz, and the measured (left) results are matched well by the simulated (right) values during startup:

Looking at phase noise versus frequency for this PLL the simulated value (red) matches the measured values quite closely again: 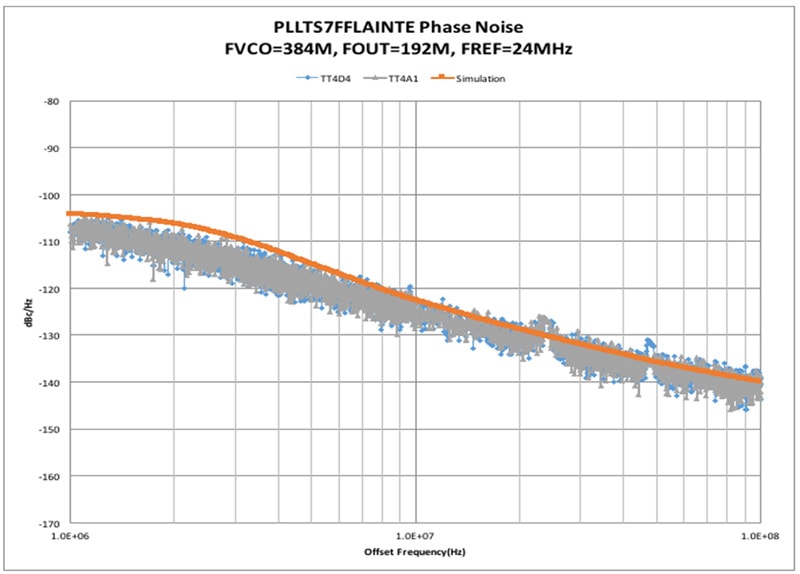 Oscillator
Circuit designers want the oscillation frequency to be insensitive to both the power supply voltage and ambient temperature. The next two comparisons show simulated values (red) versus measured values (blue) for an oscillator (OSCTS7FFRLXB) design:

Conclusions
Kudos to the engineers at Silicon Creations for continuing to design AMS circuits down to the 7nm node and get first-pass silicon success. By using the AFS circuit simulator and other EDA tools from Mentor this company has a design and verification approach that produces accurate noise analysis results that are within 1dB to 2dB of measured results.

To read the complete 7 page White Paper visit this page at Mentor’s site.

Related blog – Device Noise Analysis, What Not to Do for AMS IC Designs