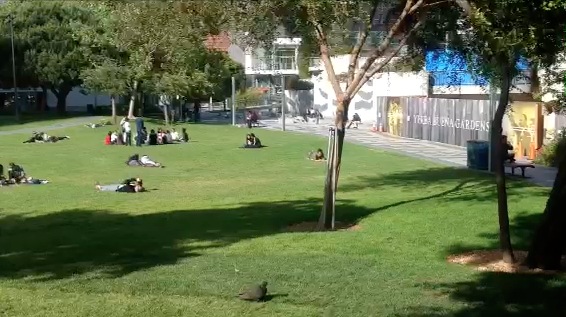 I arrived to a sunny San Francisco this afternoon, checked into my hotel then visited Moscone Center to pick up my Independent Media credentials. On the walk over I passed by Yerba Buena Gardens.

Next step is the EDAC-sponsored kick-off reception which is a wonderful time to reconnect with EDA and semiconductor colleagues from around the world to reminisce about the good old days of EDA when DAC took up both the North and South Halls of the convention center. Rumor has it that attendance in DAC 2012 is up some 40% from last year, impressive growth.
Where else can you walk up and chat with Art de Geus of Synopsys, or Wally Rhines of Mentor Graphics? 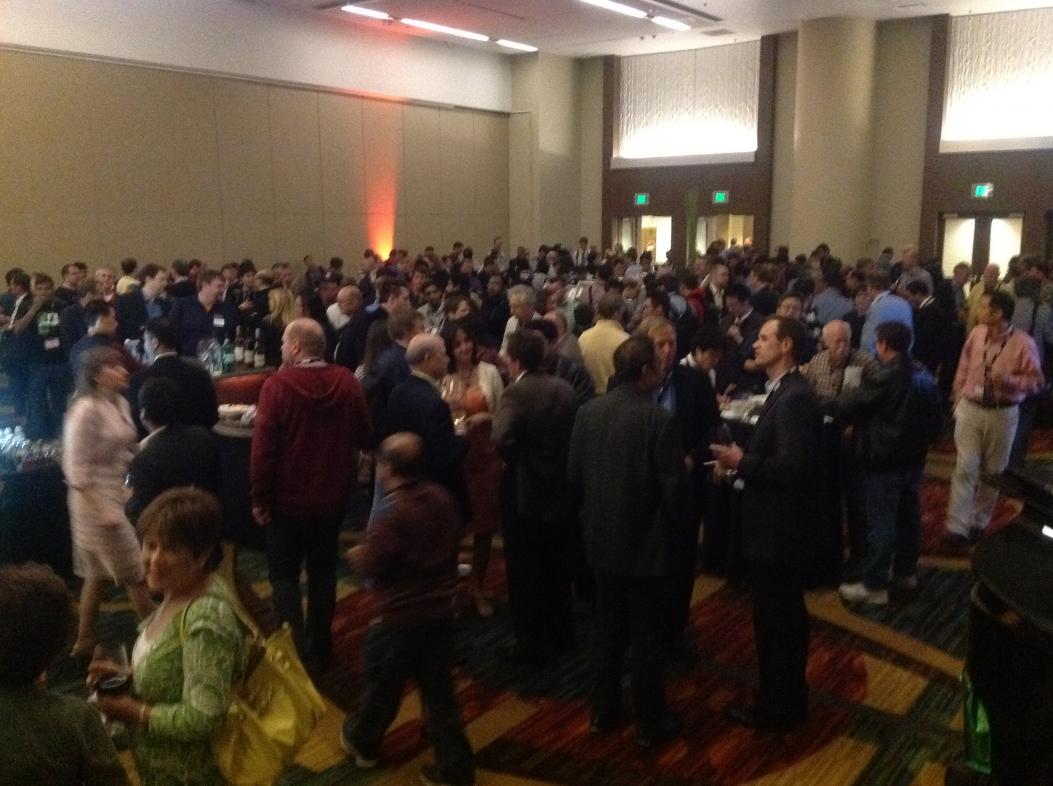 Gary Smith
After an hour of networking and finger food it was time for Gary Smith to expound next door to the EDAC reception.

Here are my notes: 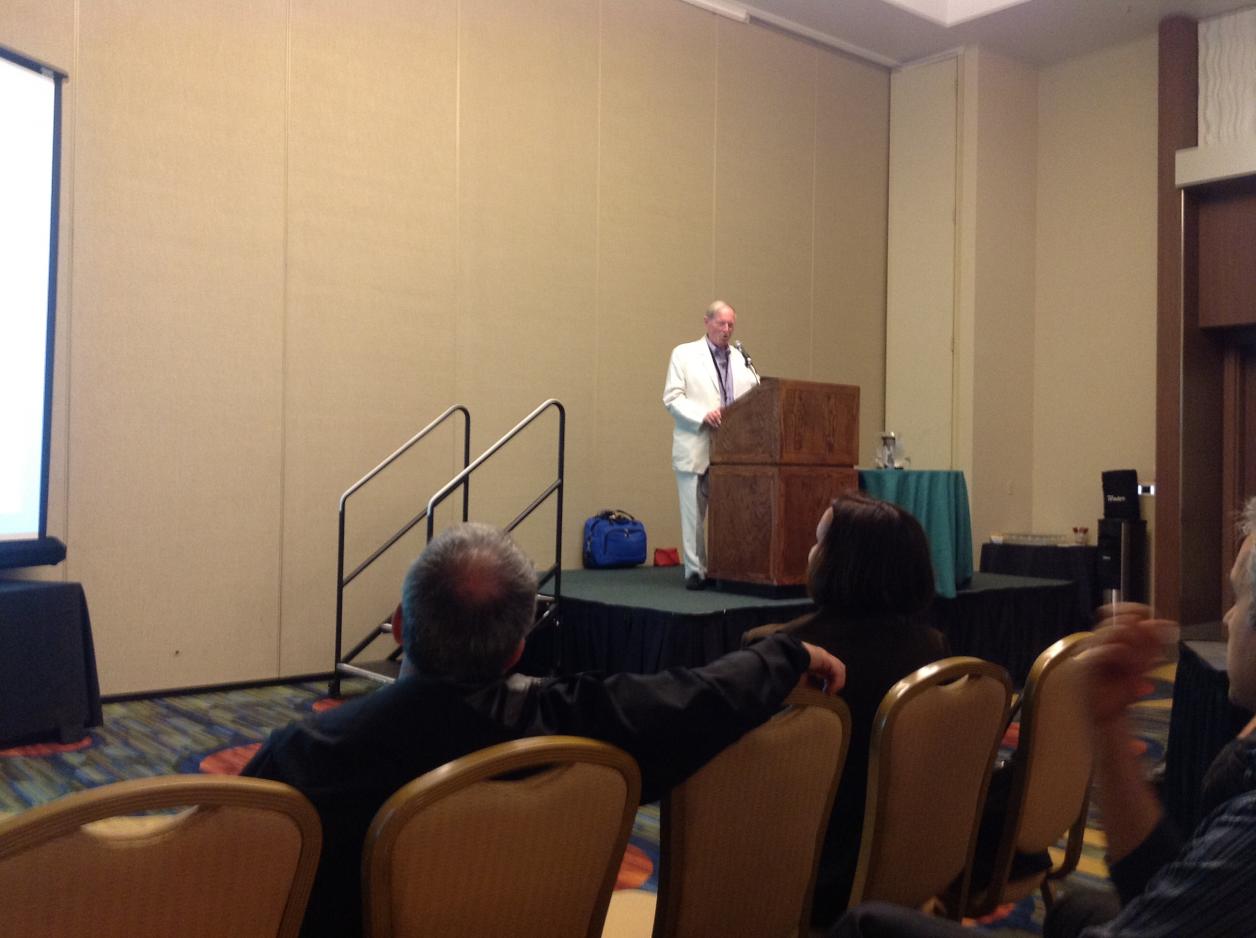 I Was Wrong – cost $75 million to design the average high-end mobile SoC; way over $50 million.
– Companies came back and said, “Wrong”.

What is Multi-platform based design?
– use existing platforms
– add new content

Advantages?
– lower costs, up to 40% less than before

Applications Platform – this is where all of the differentiation happens, first into the right application has the biggest advantage, hard to play catch up to leaders

Gary Smith – library development tools are not the same as system tools.
– First ever multi-platform wallchart
– Intel and Microsoft formed the king of all platforms
– IBM created the PC in 1981 however by 1991 Intel was the driver of the PC platform (now the #1 semi company)

WHere is the SVP flow?
– ESL design entry (Excel spreadsheet)
– SW has a software virtual prototype
– ARchitectect’s workbench (with some connection between ESL and Software Virtual Prototype)

The SPICE Numbers
– Jim Hogan created controversy by giving his SPICE market numbers. Cooley published and debate ensued.
– Where are the market share numbers ? (Come buy your report from GSEDA)
– No, you cannot have free SPICE numbers.

Summary
The 49th annual DAC show looks to be exciting and ever-changing because of the sheer complexity of SoC designs being created and the move towards 28nm and 20nm designs. Stay tuned for a few dozen blog posts on what I learn over the next three days.