As you probably know, Synopsys last year acquired VaST and CoWare and a couple of years early had acquired Virtio. All three companies primarily competed in the virtual platform market. In addition, Synopsys is the #2 IP company (behind ARM) and has a wide range of tools for SoC design. So the interesting question is how would they pull all this technology together.

The answer turns out to be a new product called Virtualizer. It pulls together the three simulation environments. There is more integration to be done but this is the first product that allows all the models to run and so pulls together the portfolio of models from all three companies, along with models for Synopsys DesignWare. None of the old ways of doing modeling are made obsolete, but for non-processor models the preferred approach is System-C TLM. For processor models, which are actually JIT cross-compilers under the hood, there is a proprietary approach (System-C models of a processor would never be fast enough for software development). To make creating specific platforms faster they have also created reference platforms that make an easy starting point to remove unwanted peripherals and add new ones without having to start completely from scratch.

The next area they have focused on is going beyond just running code fast but addressing integration of debug and analytics with the platform. The idea, as with most software debug/testing environments, is to reduce the time from when a problem is detected until the line of code creating the problem is identified.

The third problem they have focused on is how to adapt Virtualizer into exsiting flows. Not just flows for software development, although that is obviously one of the main challenges, but also interfacing virtual platforms to other tools such as VCS simulation, emulation and HAPS FPGA prototyping). Further, in the three main markets where they are focused–wireless, automotive and semiconductor–they are focused on higher system level integration, such as tying a handset simulation together with a base-station simulator. Some work is also going on in secondary areas such as networking, aerospace and industrial. 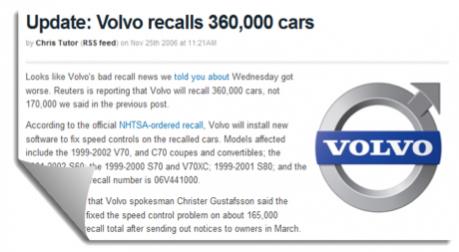 One area that is making virtual platforms more important in automotive is a new standard ISO-26252 concerned with software in safety control. In Europe this is already almost being treated as a regulation. Of course there have been several high profile recalls due to software problems, most notably the braking problems of the Toyota Prius, which also puts a premium on ensuring that adequate testing is done, can be documented, can start earlier and so on. Precisely the attributes that virtual platforms deliver. 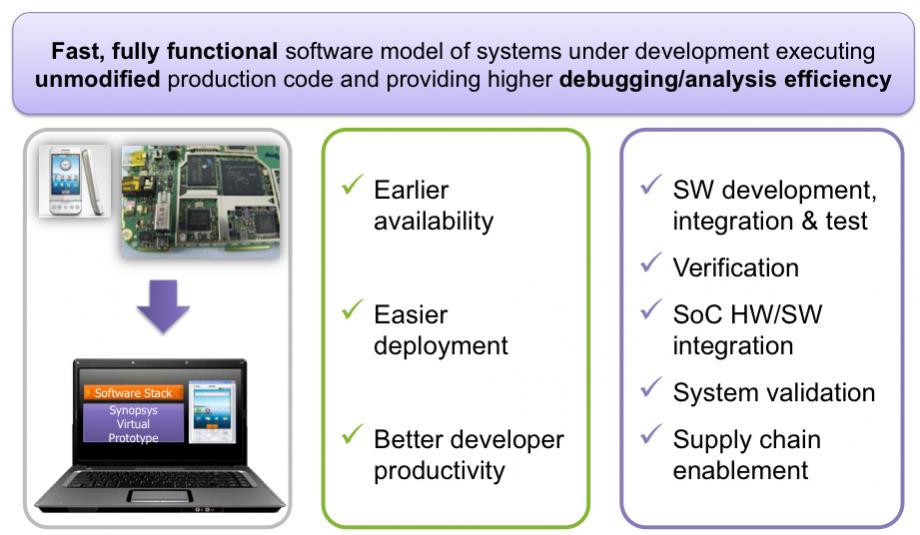 If you want to play with virtual prototyping, Synopsys have acloud-based demonstration that allows you to play around for a couple of hours. There is also a recent webinar on optimizing power management with virtual platforms.