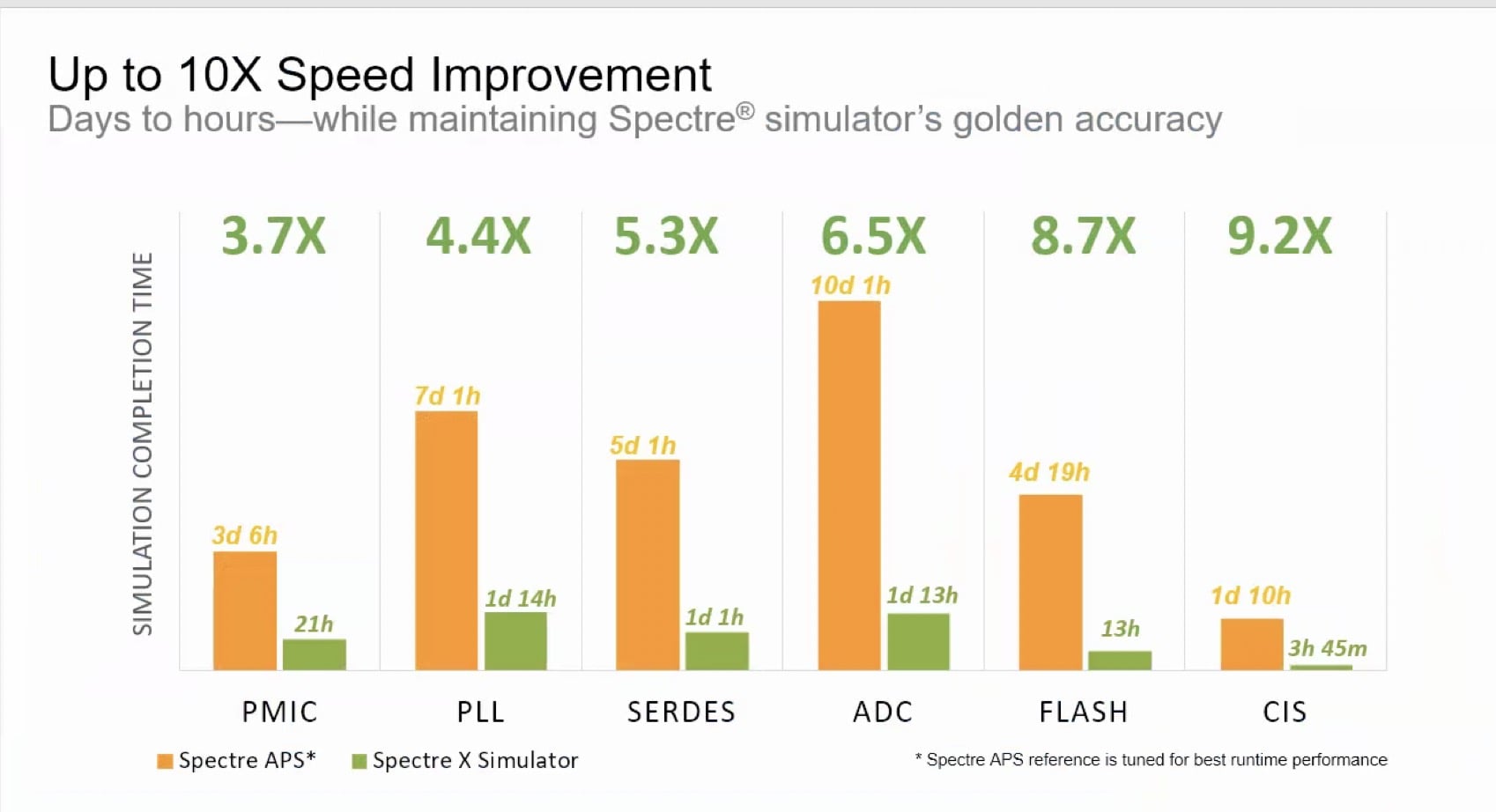 The week before 56DAC I spoke with the folks at Cadence about their newly re-written product dubbed Spectre X, where the X stands for 10, as in ten years since Spectre APS was introduced. The name reminded me of the popular iPhone X product, or even the Tesla Model X electric vehicle, trendy.

The new Spectre X fits into SPICE category #2 above, along with Spectre APS, with an emphasis on accuracy. What Spectre X gives you compared to Spectre APS is:

Same accuracy, faster and larger designs, sounds ideal, but how does it accomplish such a feat? X like APS is a parallel circuit simulator, and it now runs across up to 128 CPU cores, optimized for the latest hardware. The cores could be in a private data center, or in a public cloud like Microsoft or Amazon, you decide.

Part of the secret sauce is the use of new numerical analysis to solve that tough matrix math where currents and voltages are calculated along time steps. Device modeling and interconnect modeling are improved so that you can simulate both pre-layout and post-layout netlists. Exploiting distributed simulations across many CPUs provides more speed improvements. Like most EDA companies the actual details are quite proprietary, but the good news is that you can evaluate Spectre X against your current simulator and get convinced about the speed, accuracy and capacity improvements.

Early adopters have been using Spectre X for awhile now and at least four companies have shown public support:

Good news is that you don’t have to wait days for your SPICE results, because with this new speed you can get results in hours, but then again most engineers will just have more desire to run additional simulations that weren’t even possible before. For capacity you should expect to simulate 10’s of millions of active devices and billions of parasitics with Spectre X.

Not only does Spectre X run from the command line, you can also simulate inside of AMS Designer or Virtuoso ADE, even doing RF analysis. The Spectre family of simulators is integrated with many tools across the IC design spectrum. 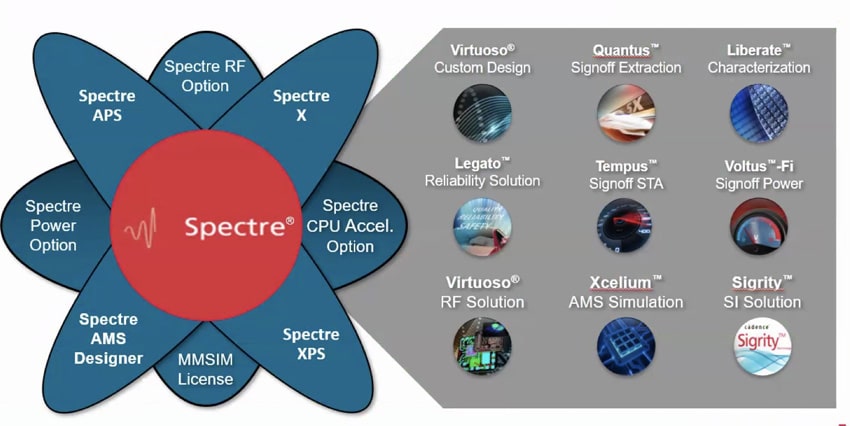 The SPICE marketplace now has a new contender that is just as accurate as Spectre, with the added benefits of speed and capacity jumps over Spectre APS, continuing to use the same netlist format, models and output formats. Learning Spectre X should be quite simple for Spectre or APS users, taking just a few minutes, while saving days or weeks by the runtime improvements.

The only question for me is the pricing, and how many tokens it will take to run Spectre X. Talk to your local account manager to get pricing details.