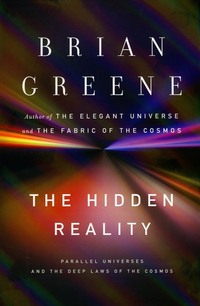 It wasn’t just the free food this time, dinner with Brian Greene was big enough to lure me to downtown San Jose on a school night. Brian has his own Wikipedia page so you know he is a big deal. Mentor executives and their top customers would also be there and I really wanted to hear “open bar” discussions about the Carl Icahn saga. Unfortunately the Mentor executives did not show and nobody really knew what was going on with Carl, nor did they care (except for me), so the night was a bust in those regards.

The dinner however was excellent and the “who’s who” of the semiconductor world did show up so it was well worth my time. Brian Greene’s lecture on parallel universes versus a finite universe was riveting. According to string theory there is nothing in modern day physics that precludes a “multiverse”, which totally supports the subplot of the Men in Black movie.

The excuse used for the Mentor executives not coming to dinner was the Q4 conference call the next day. Turns out it was a very good excuse! No way could Wally sit through dinner with a straight face with these numbers in his pocket:

Walden Rhines: Well,Mentor‘s Q4 ’11 and fiscal year set all-time records in almost every category. Bookings in the fourth quarter grew 45% and for the year, 30%. Revenue grew 30% in the fourth quarter and 14% for the year, the fastest growth rates of the big three EDA companies. Established customers continue to purchase moreMentor products than ever, with growth in the annualized run rate of our 10 largest contract renewals at 30%.

The transcript for the call is HERE. It’s a good read so I won’t ruin it for you but it definitely rained on Carl Icahn’s $17 per share offer. Carl would be lucky to buy Mentor Graphics at $20 per share now! After careful thought, after thorough investigation, after numerous debates, I have come to the conclusion that Carl has no big exit here. If someone reading this sees a big exit for Carl please comment because I just don’t see it.

Wally Rhines did make it to DvCon and he was all smiles, business as usual. His Keynote “From Volume to Velocity” was right on target! Wally did 73 slides in 53 minutes, here are my favorites: 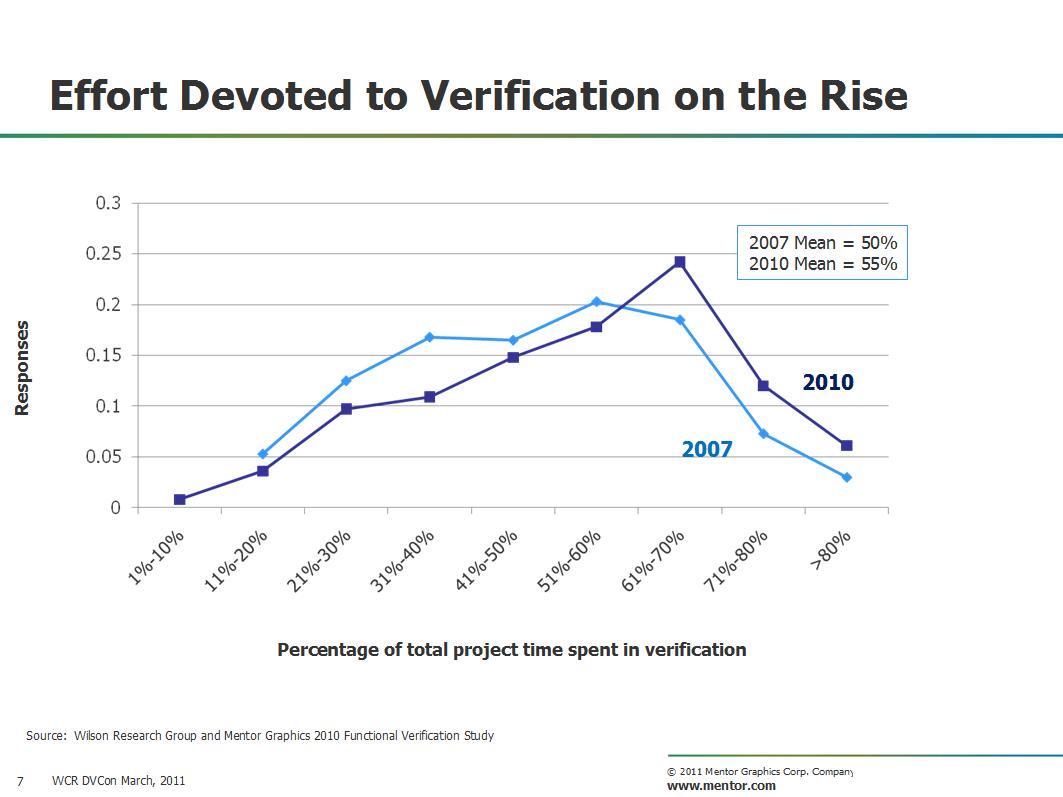 This is conservative compared to what I see with early access customers. Verification is a huge bottle neck during process ramping. 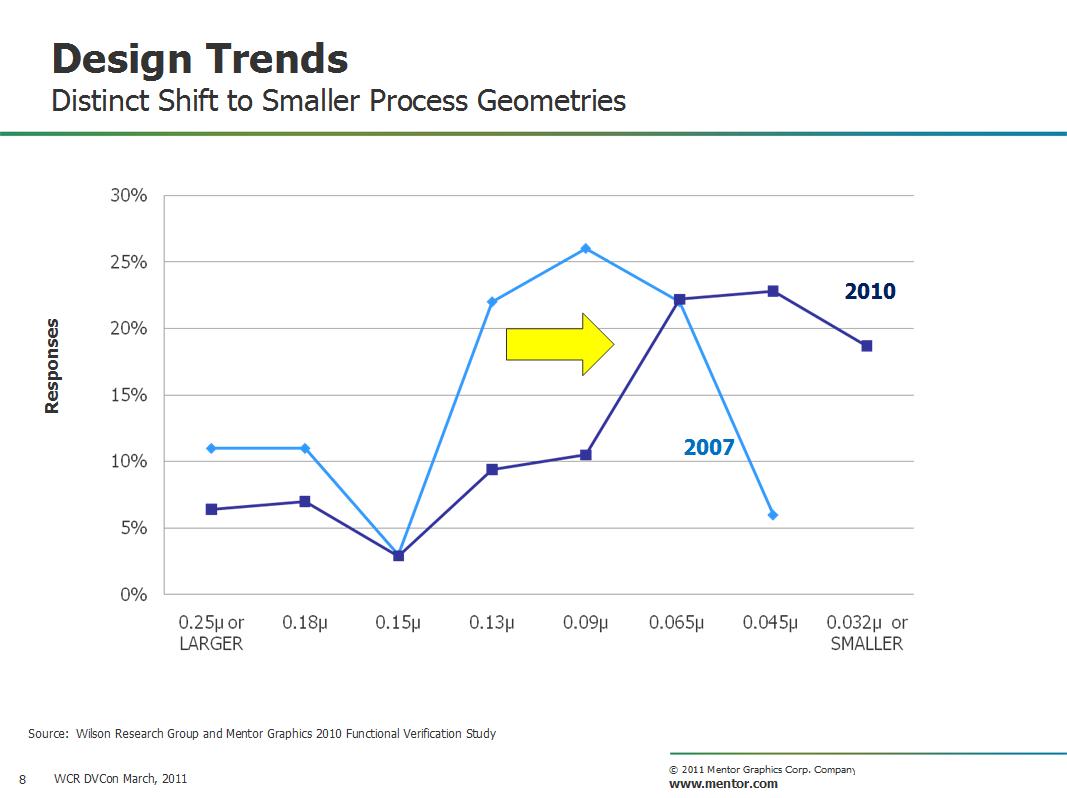 The mobile semiconductor market is driving the new process nodes for sure. Expect that to continue for years to come. 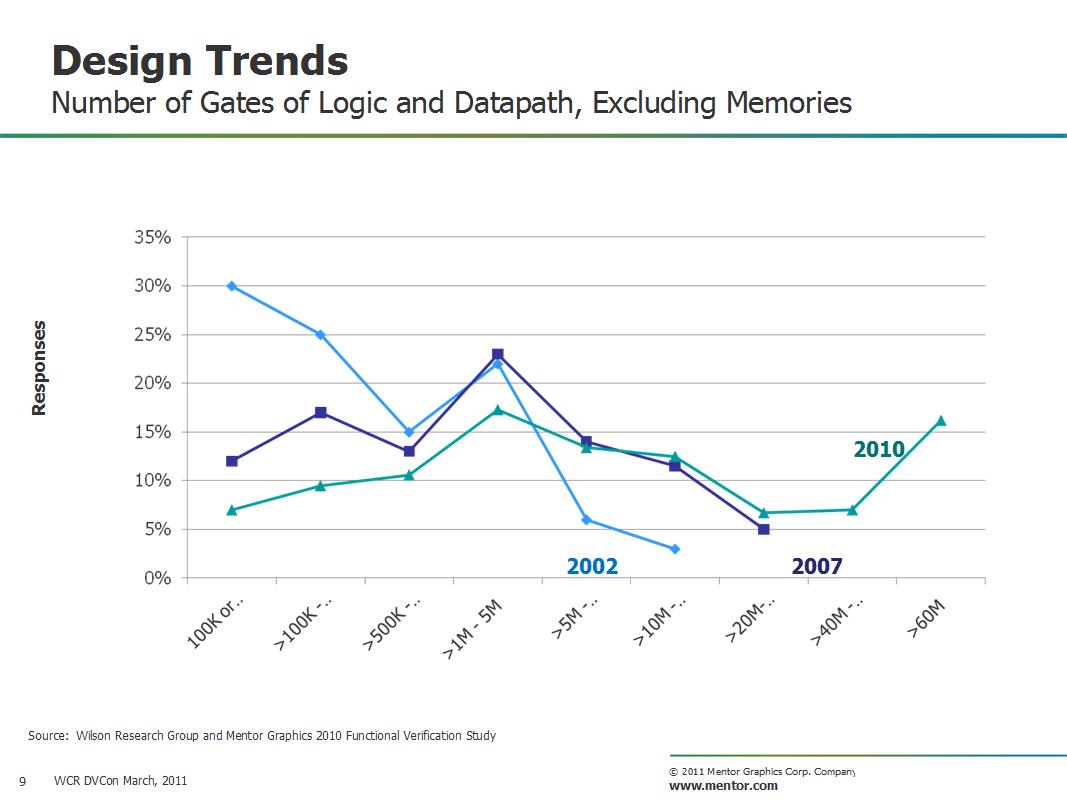 The SoC revolution is driving gate count. One chip does all and IP integration is key! 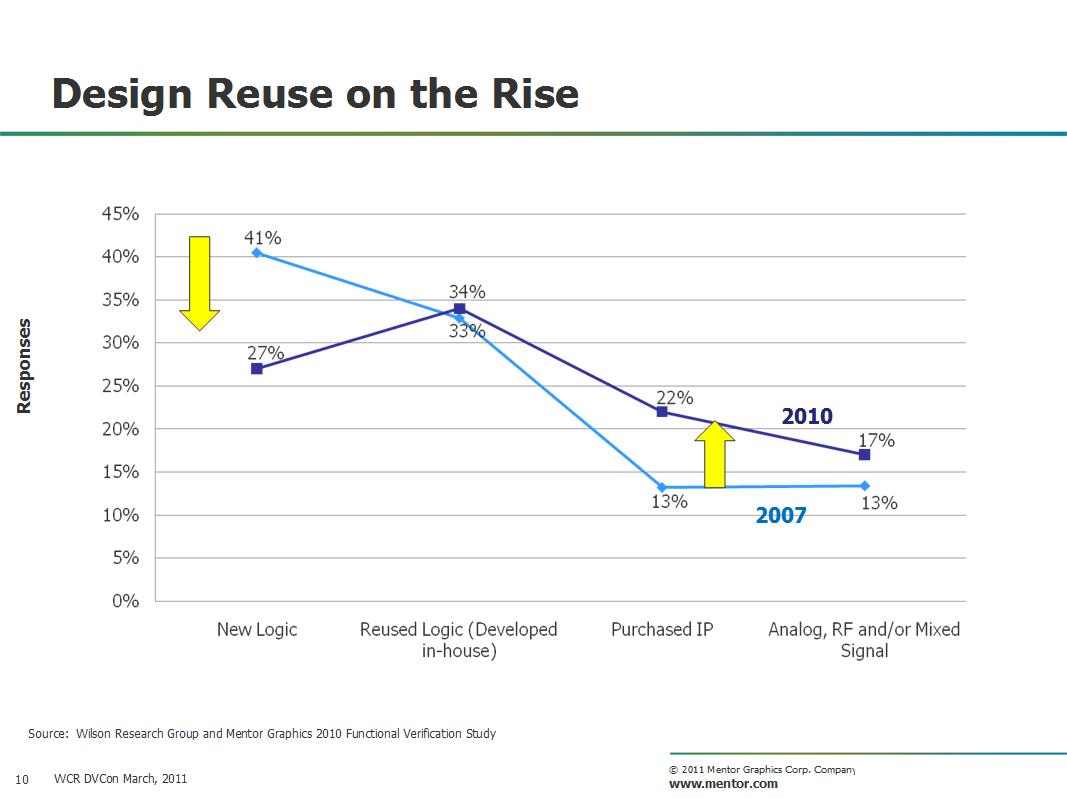 Purchased IP will continue to grow so gentlemen start your IP companies! 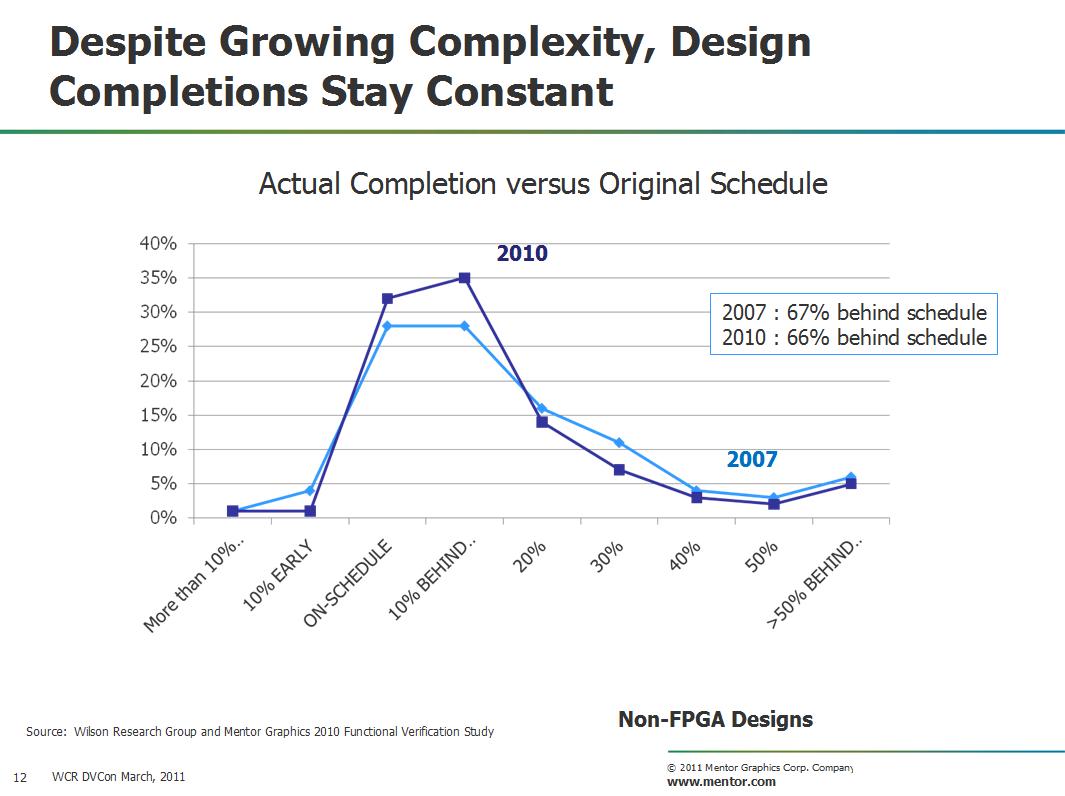 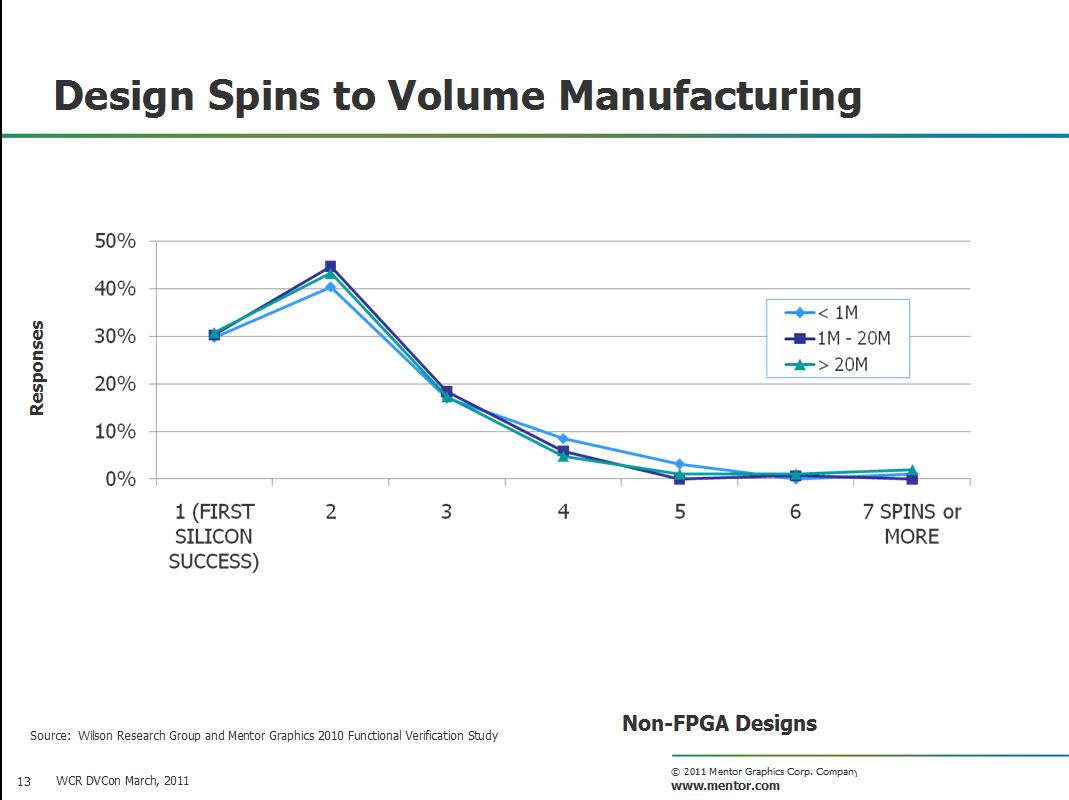