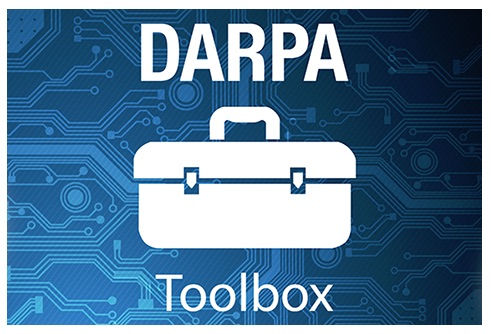 When you think of the Defense Advanced Research Projects Agency (DARPA), this first thing that comes to mind is the development of the internet. And indeed, if you look at their website’s historic timeline, the development of ARPANET, as it was known at the time, is shown prominently in 1969. Incidentally, I actually used one of the handful of computers on ARPANET at UCLA back then. However, in looking at the other important projects on their timeline, it becomes apparent that they have played a major role in projects that have advanced semiconductor and electronic design. The list of such projects includes phased array radar, the first weather satellite, the first nuclear explosion detector, miniaturized GPS receivers, MMIC, radar mapping and the Schottky IR imager. And these only cover up to 1996. In the decades that followed many important electronics programs have been nurtured under their guidance.

Looking at the dozens of projects active today, it is easy to see that semiconductors play a significant role in many of them. DARPA realized that establishing a so-called Toolbox of selected vendors for software and IP used in electronic design would bring significant benefits to these projects. So, over the last year DARPA has been adding vendors to this toolbox. Recently Siemens EDA was invited to join this initiative. As the first EDA vendor to join, Siemens will be providing a wide range of tools and solutions.

Contractors and sub-contractors performing on DARPA contracts can access Siemens tools preconfigured and affordably priced in these packages:

Siemens has a long history as a provider of trusted products and services to the US government agencies. This new partnership extends this legacy and also highlights how Siemens has expanded its EDA product lineup over the years. It is expected that the dozens of innovative programs that are now active at DARPA will be able to bring in these Siemens solutions and rapidly ramp up their project activities without lengthy evaluations or contract and pricing negotiations. The proven and affordable flows can be adopted with minimal bureaucratic overhead.

Because of the breadth of the Siemens EDA offering, the tools in the combined flows will allow for complete silicon and system level design, including simulation, test and verification. The flows are suitable for mature nodes, and also notably for advanced nodes. There is even support for silicon photonics. There is special emphasis on analog and RF, which can support many of the communication and sensor related projects that DARPA is sponsoring.

Semiconductor and electronics innovation are vital to US national security. Having tier-one tools from Siemens EDA available to DARPA projects will improve the overall quality and lower risk for these essential projects. Hopefully we can expect to see new milestones on their agency timeline that are attributable in part to the contributions that the Siemens tool can make. More information about the DARPA toolbox initiative and Siemens participation can be found on the Siemens website.