During the week of April 19th, Linley Group held its Spring Processor Conference 2021. The Linley Group has a reputation for convening excellent conferences. And this year’s spring conference was no exception. There were a number of very informative talks from various companies updating the audience on the latest research and… Read More

Die-to-Die Interface PHY and Controller Subsystem for Next Generation Chiplets
by Kalar Rajendiran on 04-19-2021 at 10:00 am
View Profile
View Forum Posts

In early April, Gabriele Saucier kicked off Design & Reuse’s IPSoC Silicon Valley 2021 Conference. IPSoC conference as the name suggests is dedicated to semiconductor intellectual property (IP) and IP-based electronic systems. There were a number of excellent presentations at the conference. The presentations had been… Read More

Enabling Edge AI Vision with RISC-V and a Silicon Platform
by Tom Simon on 03-15-2021 at 10:00 am
View Profile
View Forum Posts

AI vision processing moving to the edge is an undeniable industry trend. OpenFive, the custom silicon business unit of SiFive, discusses this trend with compelling facts in their recent paper titled “Enabling AI Vision at the Edge.” AI vision is being deployed in many applications, such as autonomous vehicles, smart cities, … Read More 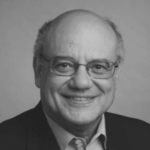 WEBINAR: Differentiated Edge AI with OpenFive and CEVA
by Bernard Murphy on 11-10-2020 at 6:00 am
View Profile
View Forum Posts

OpenFive is hosting a webinar with CEVA on November 12th to talk about how OpenFive’s vision platform, leveraging CEVA vision and AI solutions. Which can get you to a differentiated solution for your product with as much or as little silicon participation on your part as you want. I talked briefly to Jeff VanWashenova (CEVA Sr. Dir… Read More 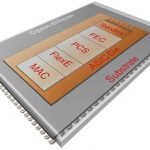 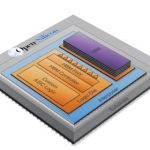 Semiconductor IP is one of the more exciting and most viewed topics we cover on SemiWiki, it has been that way since we began in 2011 and that trend will continue indefinitely, my opinion.

Based on the design starts we track, Cloud Computing is a leading semiconductor… Read More

Podcast EP19: The Emergence of 2.5D and Chiplets in AI-Based Applications 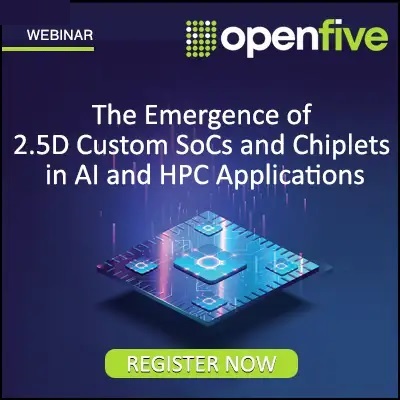 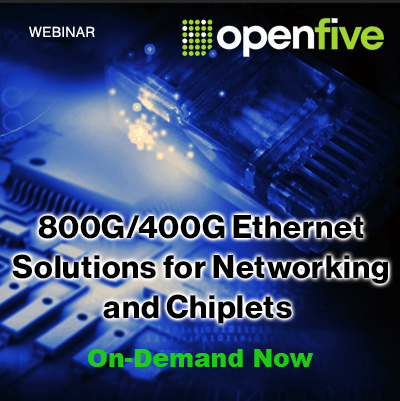 Podcast EP19: The Emergence of 2.5D and Chiplets in AI-Based Applications