Wally Rhines (President and CEO of Mentor, A Siemens Business) has been pushing a contrarian view versus the conventional wisdom that the semiconductor business, and by extension EDA, is slowing down. He pitched this at DVCon and more recently at U2U where I got to hear the pitch and talk to him afterwards. 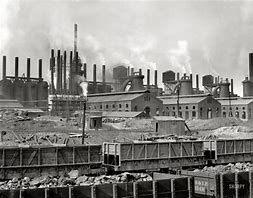 What causes maturing is saturation – the available market that can be divided among providers doesn’t have much room to grow, or rather will grow only relatively slowly. That triggers consolidation – you eat your competitors, they eat you, or you shrivel up and die because you’re too small to compete. The big guys continue to make money through efficiencies of scale, aka laying off a bunch of people in duplicated functions after a merger. So for some (eg Mark Edelstone at Morgan Stanley in late 2015), the wave of consolidations in semiconductors pointed to a maturing industry.

But Wally says that’s an over-simplified analysis of what’s really happening, and he has a lot of data to back up that viewpoint. Obviously there has been a lot of consolidation, but the best of it has not been winner-take-all across the market but rather winner-take-all in very targeted segments, which he calls specializationrather than consolidation. He cites as examples TI who famously pivoted from wireless/cellular, automotive, ASIC plus analog to a laser focus on analog, also NXP who have specialized in Automotive and Security. Another example he offers is Avago/LSI/Broadcom, now concentrated in wired and wireless infrastructure and enterprise datacenter (especially storage). What’s notable in each of these cases is that profitability has steadily climbed, for TI and Broadcom to ~40% and for NXP to ~20% (each in operating margin as a % of revenue). Contrast this with Intel which has acquired and divested many companies over the years and whose earnings as a % of revenue have remained more or less flat.

Wally took this further. He showed that there is essentially no correlation between operating margin and revenue; in other words, the economies of scale argument doesn’t fly (outside of a few cases – analog, RF, power and memory). But suppose the semis were trying it anyway; would they cut back on R&D? Again, the data doesn’t support that view. R&D in the semiconductor industry has remained pretty flat at 14% over 35 years. Moreover, the cost per transistor shipped continues to drop at 33% per year. Wally said this isn’t really a Moore’s Law effect (though of course process improvements have contributed and continue to contribute). Innovation and demand is driving this curve. So much for the smokestack view of semiconductors; the data simply doesn’t support this being a maturing market.

He also talked about top players in the market and new entrants, noting that combined market share of the top N (pick a number) companies in the industry has remained at best flat, which means there are smaller companies and new entrants grabbing some of the pie. From a western perspective we haven’t seen much VC activity around semiconductors but the picture in China is quite different; over $100B in the 5-year plan, originally concentrated in foundry investment but now increasingly shifting to fabless investments (up to 1500 fabless startups recently). OK, so maybe that doesn’t help us in the west, but we’re seeing, in the west and the east, new systems level entrants. Google, Amazon and Facebook are all building their own devices; not big volumes in some cases, but smart speakers and home automation are likely to change that. Bosch, a well-known Tier1 provider in the auto business, has opened a $1B fab. Who can afford to do this in 7nm? Not a lot of designs have to be that aggressive and for those that do, the FAANG group have deep, deep pockets.

What does this mean for EDA? Wally said in his talk that a lot more of the innovation drive is coming from system companies. This was also true in the early days of EDA; Mentor for example got a healthy share of its business from aerospace and the DoD for example. In fact while we tend to think very SoC-centric, 70% of the development effort (per Wally) in building a complete system is at the system level, not in the IC. At the board, or in the enclosure and across a vehicle you have to consider power integrity, thermal and mechanical stresses, EM interference, wiring harness design, etc, etc. You’ve heard of digital twins – this is where the Tier1s and OEMs are trying to reduce costs and iterations in getting all of this right before they build physical prototypes. He also pointed out something I have been hearing more recently. The Tier1s/OEMs are looking for more opportunities to differentiate through closer connections in design from modules down to die, again looking for analytics and optimization spanning this range.

Which to Wally means that the opportunities for innovation in EDA are richest at this full system integration/analysis level. That presents new challenges because verification complexity rises rapidly with the size of the system. He feels a lot of the innovation here is likely to come from the big EDA companies working with their customers, simply because of the complexity of the problem; it is difficult for a new entrant to make a dent in problems of this scale with point tools. However there could be opportunities in new capabilities in safety and security, also around new device physics/multi-physics around thermal and other system-level analysis domains. Machine learning applications are definitely interesting (qv Mentor’s Solido acquisition) – anything that can reduce analysis time and/or improve optimization.

My takeaway from all of this: