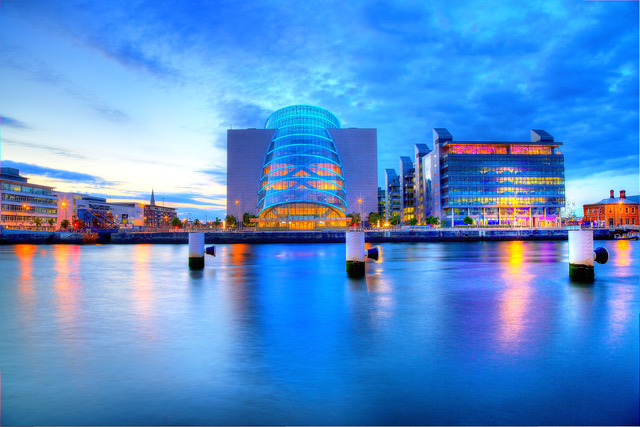 U.S. Automakers Broadening Search for Talent and R&D As Electronics Take Over Vehicles
by Tony Hayes on 10-06-2022 at 6:00 am
View Profile
View Forum Posts

The auto industry isn’t for the faint of heart in late 2022. As Deloitte recently explained, chip shortages, supply chain bottlenecks, unpredictable consumer demand and the industry overhaul mandated by the rise of EVs are all creating unprecedented turmoil in this key sector. One particularly pressing challenge is the ongoing dearth of technically oriented employees in this era when cars make decisions on their own.

The automotive sector is predicted to face a global shortage of 2.3 million skilled workers by 2025 and 4.3 million by 2030 according to a research project from global executive recruiting firm Ennis & Co, which specializes in the sector.  This underscores the rapidly growing amount of modern technology in vehicles today. According to Edward Jones, Professor in Electrical and Electronic Engineering at the University of Galway, “The mechanical components are just one part of the equation and there’s probably as much if not more emphasis now on the software, the electronics, the sensors and the user experience.”

He and his research colleagues have had a front-row seat to the quickly evolving auto industry because so many manufacturers have come to his region in a search of new solutions to hiring, development, testing and other key aspects of building a modern, in-demand vehicle and the key electronics that make it run. Jaguar Land Rover (JLR), General Motors, Intel, Analog Devices, Valeo and many other players have heavily focused on the West of Ireland , in recent years to tap into the resources available there. For example, JLR opened a technology development center in 2017 and keeps adding to its staff while GM has increasingly grown and evolved its Irish operations to encompass key priority areas such as AI, data management and cyber.

As Jones describes it, Ireland offers companies “many of the high-value pieces of the technology stack, software, sensing, AI, machine learning, as well as the test infrastructure.” One company paying attention is Valeo, a top supplier of automotive cameras that sells products to vehicle manufacturers worldwide. University of Galway has several intriguing government-funded projects underway with Valeo that include examining the effect of inclement weather on autonomous vehicle sensors, multi-sensor fusion to improve the perception of a car’s vision system, and modeling the behavior of road users at junctions so that a vehicle’s intelligent systems can plan ahead rather than taking reactive actions.

According to Martin Glavin, an autonomous vehicle expert and Professor of Electronic and Computer Engineering at the University of Galway, “The auto belt in the west of Ireland conducts research on auto sensors and systems in ways that maybe aren’t possible in a lot of the United States. The weather in Ireland is known to be very variable and changeable.” Both Glavin and Jones are also researchers at Lero (the Science Foundation Ireland Research Center for Software), where they do extensive research and testing of vehicle sensors and perception systems.

“In Ireland, our road network length is equivalent to France,” reports Glavin. “We have everything from small country lanes all the way up to high-end motorways.  R&D in Ireland is ideal in that the country is compact and very dynamic in terms of the climate and conditions. Within 10 or 15 minutes, you can go from winter to summer or be on a small country road or a busy motorway.”

The University of Galway team and other research groups are also conducting testing of intelligent technology in the farm equipment arena. Projects are underway with McHale Engineering, part of a leading agricultural equipment dealer headquartered in Ireland.  One ag-tech project is focusing on data capture and algorithm development so that equipment operators and the devices they use are more efficient. Meanwhile, the team is also performing “analysis based on the behavior of the machine and how the machines are being used, ultimately with the aim of predicting failures on those machines and offering a more robust machine that can diagnose its own problems,” notes Glavin.

On the testing side, the Irish government funded Future Mobility Campus Ireland (FMCI), a facility that lets manufacturers put their technologies through their paces via heavily monitored test tracks.  Partners include GM, JLR, Cisco, Analog Devices, Seagate and Red Hat. Noted FMCI CEO Russell Vickers: “There are two main reasons why companies come to Ireland.  One is probably European localization there’s also the areas of data management, data processing, AI and machine learning. That’s why Jaguar Land Rover set up in Ireland because they could get access to software developers that have those skills. You have to follow the people.”

Underpinning the talent search is the growing demand for EVs due to emission concerns and costs at the pump. Proof of this important direction was seen recently in America’s Inflation Reduction Act of 2022, which offers new or expanded tax incentives for buying EVs, as well as the recent mandate in California, America’s environmental pacesetter, that all new vehicles sold by 2035 must be EVs.  The Paris Accord, which includes 196 of the world’s nations, was the forerunner – aligning with a vision of zero-emission vehicles, fewer crashes and reduced congestion.

Pursuing new technologies reflects the public/private partnership that has long characterized Ireland, with government organizations funding and collaborating with universities, research operations and companies. For example, the Science Foundation Ireland (SFI) centers work with companies in the areas of lithium batteries for EVs as well as breakthrough non-metal batteries and vehicle parts.

Noted Lorraine Byrne, executive director of AMBER, the SFI-funded materials science center headquartered at Trinity College Dublin, “We offer companies multidisciplinary scientific expertise to address specific research questions associated with their technology roadmaps. We help to accelerate early-stage research that can reduce the time to market for our industry partners. The materials science work we do at AMBER has relevance in multiple sectors but for automotive, we focus on materials challenges associated with batteries, optical components and the increasing use of sustainable or recycled materials in molded polymer or fabrics.  The SFI centers have a cost‑share model that allows us to co‑fund projects, which is attractive for companies who want to invest in higher-risk early-stage research.”

For example, AMBER has worked with Merck Millipore in the membrane area, where AMBER and Merck have collaborated on molding of polymers and material selection, particularly in the area of new membranes for filtration, whether for air filters or oil filters.

However, moving research forward isn’t the only lure for companies in the auto sector coming to Ireland. In an era when talent is in short supply, the availability of trained technical staff coming out of the universities and research institutes is particularly attractive. Says Byrne: “At the moment, over 50% of our post-doctoral researchers are ending up in the industry as their first destination. A lot of companies are working with AMBER, not just for the research but also for access to the talent pipeline.”

Arm and Arteris Partner on Automotive

The Truly Terrifying Truth about Tesla