Qualcomm took center stage in the automotive industry this week to state its intention to dominate future dashboard infotainment systems. Long known for its wireless connectivity presence, Qualcomm took the wraps off its ramping up infotainment design wins for its Snapdragon 3 platform while revealing its next generation

The COVID-19 pandemic has turned the business of reporting news into a funhouse mirror where reality is distorted, up is down, and hopes for improving health and marketplace conditions are simultaneously raised and dashed on a daily basis. The latest news-driven whiplash moment arrived this morning care of the Detroit Free Press 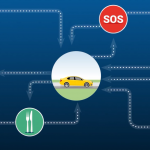 There is a lot of talk about data being the new oil fueling the automotive industry. Industry interest began in earnest in 2016 when McKinsey published a report – “Monetizing Car Data” – that noted in the executive summary that the car data market could be as large as $450B-$750B by 2030.

Some day soon, maybe this year or next, Tesla Motors is going to let the cat out of the bag that its cars are not only connected but are also subject to remote control. Remote control isn’t the sort of feature that consumers look for in their personal transportation, so it isn’t likely to be something Tesla is going to bring… Read More

A very odd phenomenon is sweeping the automotive and wireless industries and was in full flower at MWC 2017. The onset of 5G connectivity has wireless carriers excited over the high bandwidth, low latency and high availability applications inherent in this new network technology – to say nothing of network slicing for targeted… Read More

Not to be outdone by General Motors with its investment in Lyft, its acquisition of Cruise and its launch of Maven, BMW is in the process of relaunching and expanding the DriveNow car share service in the U.S. and may soon provide aftermarket hardware to enable Mini lessees to rent their cars, according to a Bloomberg report.

General Motors has made a flurry of announcements around its Maven mobility brand for car sharing and its investment in Lyft. The latest news, first reported by re/code, is that Lyft and Maven will be rolling out a short-term rental program for Lyft drivers to use Chevy Equinoxes in Chicago later this month. The program is called … Read More 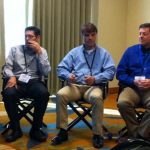