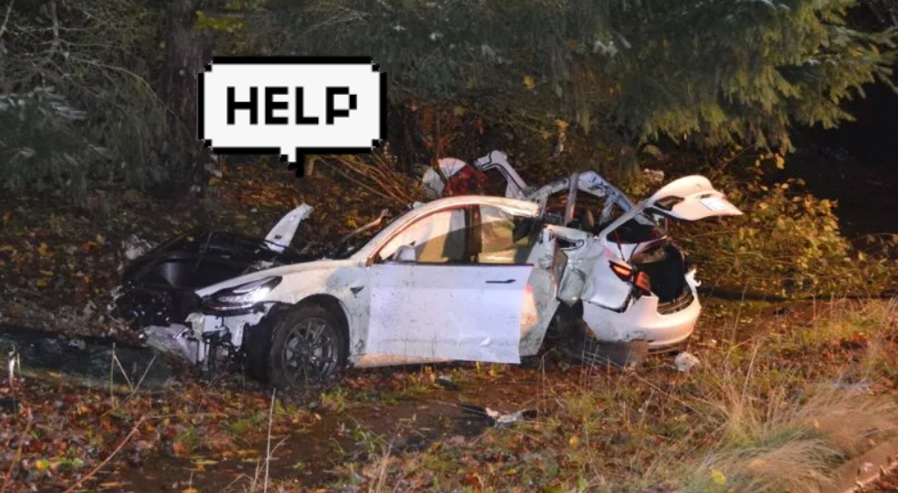 It’s true. Elon Musk, CEO of Tesla Motors, knows when you crash your Tesla. He just isn’t obliged, in the U.S., to do anything about it. And he’s not alone.

Here it is, 2021 and buyers of cars in the U.S. can’t count on getting automatic crash notification (ACN) included in their next new car.  Even those cars equipped with ACN require a subscription for it to work in most cases.

When European regulators mandated eCall in all new cars years ago, those of us on this side of the Atlantic chuckled at their feeble attempt to “catch up” with the U.S., where OnStar had been launched by GM 20 years before. While the EU was working on eCall, the U.S. was tinkering with “next gen 9-1-1.”

Now, here we are in 2021, and emergency crash notification – an automatic call for help from a car in the event of an airbag deployment, or a button-push request for assistance – is still neither a standard feature on cars sold in the U.S. nor a mandated piece of automotive kit.  If you crash your car in the U.S., you’re pretty much on your own if you haven’t paid for the built-in telematics service.

Tesla is a special case, though.  By now we all know that Musk is collecting buckets of vehicle data throughout the operational life of a typical Tesla via its built-in wireless connection.  We also know that Musk has used that data forensically to get himself and his company “off the hook” in the event of multiple spectacular and fatal Tesla crashes.

Time and again Musk has used vehicle data to demonstrate how drivers have misused Tesla vehicles, violating various warnings and caveats, leading to fatal encounters with other vehicles and inanimate objects.  We’ve all seen multiple Tesla RUD (rapid unplanned disassembly) pictures and videos.  What is missing from all of these events is the timely arrival of assistance in the form of police, fire department, or ambulance personnel – beckoned by a built-in, on-board 911 call – a la OnStar or some equivalent.

This puts Musk in a special category. He is using the wireless connection and the data collected thereby against the misbehaving vehicle owner rather than putting connectivity to work to provide assistance in urgent circumstances.

In a recent Twitter exchange between Musk and a Tesla owner – who was unable to summon assistance using his phone and also was unable to access the vehicle’s wireless connection to seek help – the Tesla Motors CEO tweeted “Absolutely” to the suggestion that Tesla ought to enable emergency calling from its vehicles. So, Musk likes the idea. Musk already offers this solution on vehicles sold in continental Europe and Russia. Tesla owners in the U.S. wait.

It was 25 years ago that GM first began the process of introducing emergency call modules developed as part of Project Beacon in Cadillac vehicles – beginning the journey to the introduction of what we now know as OnStar.  At that time GM Executive Chairman Harry Pearce asked the perplexing questions (from OnStar President Chet Huber’s “Detour”): “If one hundred cars crash and they don’t have something like OnStar on board, how many of them will call for help?” “Now, how many out of a hundred OnStar-equipped cars that crash will need to call for help before we’d be more wrong for holding back a potentially lifesaving technology like this than we would be for putting it in?”

The rest is history, as they say.  OnStar was born, but it was another 10 years before it was built into every GM vehicle.  And today, the automatic crash notification feature from GM is still not free.  A friend of mine is fond of saying that making customers pay for automatic crash notification is like a hotel charging you for the fire extinguisher (or sprinkler fire suppression system) in your room.

Musk should correct this embarrassing omission in Tesla vehicles.  If Tesla can deliver cars with eCall in Europe and Russia, the company can deliver an equivalent solution in the U.S.

The same goes for the rest of the automotive industry.  Car makers shouldn’t be de-contenting vehicles of vital safety systems for the U.S. market and up-contenting for Europe and Russia.  Automatic crash notification in passenger vehicles ought to be regarded as standard equipment – a human right maybe?

Automatic crash notification is only a start.  There is further work needed on leveraging vehicle data in the event of a crash to determine crash severity, the condition and number of vehicle occupants, and the accurate location of the vehicle.  It’s not too late for Tesla to show the way forward.  Sad to say, in 2021, automatic crash notification is not a solved problem in the U.S.

One Reply to “Elon Knows When You Crash”