Register / Log In
Guests have limited access.
Join our community today!
You are currently viewing SemiWiki as a guest which gives you limited access to the site. To view blog comments and experience other SemiWiki features you must be a registered member. Registration is fast, simple, and absolutely free so please, join our community today!
Elon Musk’s Aspirational Automation
by Roger C. Lanctot on 11-01-2020 at 8:00 am
View Profile
View Forum Posts

With Tesla Motors’ CEO Elon Musk spewing accusations of civil rights violations and fascism in the face of restrictions forcing him to keep his Fremont, California factory closed it is tempting to assume that Tesla is suffering through the shutdown with the rest of us. Don’t kid yourself. The COVID-19 pandemic is a crisis tailor-made 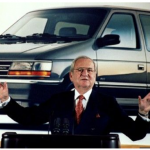 The automotive industry is a funny business. It is simultaneously ruled by ego driven “visionaries” and penny-pinching bean counters. (Don’t believe me? Just ask Bob Lutz.) This id-superego tension plays out in business section headlines every day most recently including the death of FCA’s Sergio… Read More

What Silicon Valley still gets wrong about innovation
by Vivek Wadhwa on 08-15-2018 at 7:00 am
View Profile
View Forum Posts