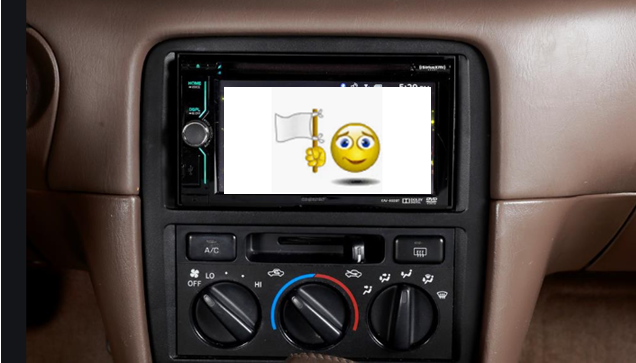 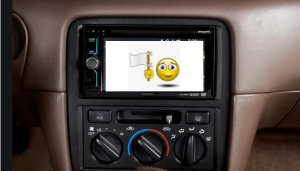 There was a time when General Motors’ OnStar offering was readily and clearly understood by consumers for the fact that it did one thing incredibly well: summoning assistance in the event of a vehicle crash and airbag deployment. This now-23-year-old connected car solution still stands strong as a powerful brand-defining statement in the midst of an industry-wide muddle over what a connected car is and does.

Sadly, in recent years, GM has become fixated on “monetizing” vehicle connectivity – mining the vehicle connection for value propositions related to contextual marketing and subscription-based services. In the process, the OnStar brand has been muscled aside by competing value propositions ranging from Maven (mobility) to Marketplace (contextual marketing), MyLink (in-dash apps and smartphone projection), and embedded Wi-Fi from AT&T.

Recently, GM cut back the OnStar free trial to one month and terminated the personal minutes that allowed consumers to make phone calls directly over their embedded OnStar connection – not for free, of course. Interestingly, OnStar is zigging here (cutting the length of the free trial period) while the rest of the industry (VW and others) are expanding free trials from months to years. The cutback of personal minutes, while logical in the context of Bluetooth-connected smartphones removes one of the charming novelties of the OnStar solution – and what once represented the first hands-free in-car phone solution.

Most recently GM has offered unlimited data to select Cadillac owners for $15/month, throwing in three months of free access to Pandora Premium as a deal sweetener. This offer shows GM desperate to monetize the Wi-Fi capability of its OnStar embedded solution – ignoring the reality that most Cadillac owners likely have Wi-Fi access via their smartphones and won’t need or be interested in such an offer.

This offer is particularly ironic in the context of the personal minutes termination. It makes sense to end personal minutes given the availability of Bluetooth smartphone connections. By the same token, pushing Wi-Fi from the device built into the car (when Wi-Fi is already built into most smartphones) makes little or no sense – regardless of whether three free months of Pandora Premium are thrown into the offer.

The reality is that the Cadillac offer of three free months of Pandora actually looks pusillanimous relative to Porsche’s offer of three years’ worth of free streaming of Apple Music in the new Taycan. The bottom line is that GM is muddying up the value proposition of the OnStar brand with meaningless adjustments and penny ante offers that don’t speak to the core value proposition of the platform.

OnStar has always been about safety. At a time in the market when insurance companies and Tier 1 suppliers and even highway infrastructure companies are all looking for ways to reduce highway fatalities and reduce collisions by leveraging vehicle connectivity, GM’s OnStar has shifted its focus to streaming apps, Wi-Fi, and in-vehicle advertising and vehicle-based commerce.

Just in the past two weeks news has arrived of GM adding SiriusXM’s 360L in-dash interface and, as of yesterday, upcoming plans to deploy the Google Automotive Services platform. These systems will join the existing in-vehicle integration of Apple CarPlay, Android Auto, and GM’s own MyLink smartphone-based app platform – plus Xevo’s Marketplace.

All of this means the integration of multiple voice interfaces, multiple payment platforms (Xevo plus SiriusXM), a half dozen or more user interfaces, multiple navigation options, a half dozen traffic information sources (at least two options available within SiriusXM alone), and a data exchange free-for-all magnified by GM’s separate $25M investment in Wejo – which has begun acting as a GM connected car data broker. Completely absent from this moshpit of dashboard integrations is a consistent vision of customer engagement and retention with an emphasis on vehicle care and safety-prioritized operation.

Companies such as BMW and Daimler are already several years into vehicle integration programs that enable car-to-cloud-to-car communications of road hazards. Audi and BMW have been pioneering the integration of cellular-based traffic light signal phase and timing communications.  Audi has even added automatic toll-payment integration. Ford, Volvo, Daimler and BMW have joined the European Union’s Data Task Force for integrating vehicle-based data with infrastructure-based data sources to communicate traffic alerts and road hazards – all in the interest of reducing crashes and highway fatalties.

The one place in the car where car companies have the opportunity to interact with consumers and define their brand values and value propositions is in the center-stack display (and maybe in the instrument cluster). While Volvo, Ford, Daimler, BMW, and Audi are staking their claim to safety leadership, GM is capitulating to commercial priorities and seeking to drive in-dash commerce and peddle vehicle data.

This embarrassing lack of strategy and vision marks GM’s complete abdication of its once-vaunted safety leadership. While Ford Motor Company is standardizing advanced driver assist features and opening up vehicle APIs for insurers to offer discounted coverage based on vehicle operation, GM remains a laggard in deploying ADAS tech and a leader in in-vehicle driver distraction.

It’s not really a surprise given that most of the original OnStar team has now either retired, been bought out, or moved on. The DNA of the team that brought the groundbreaking OnStar system – Project Beacon – to the market more than two decades ago is long gone. The division has been renamed Global Connected Consumer Experience. The mission is now an incomprehensible muddle.

A group that once controlled its own hardware and software development – its own destiny – has been gutted. The leadership has been told to fend for itself by generating revenue from a platform that was conceived to assist drivers in need of assistance after catastrophic crashes – not for delivering in-dash coupons.

GM has surrendered its dashboards. This is the saddest turn of all. A leader has become a laggard in pursuit of what the company perceives as the next great challenge. But the original value proposition remains. With 100 people dying on U.S. highways every day and with 1.2M million humans dying on roadways globally every year the priority must be: saving lives, and avoiding crashes.