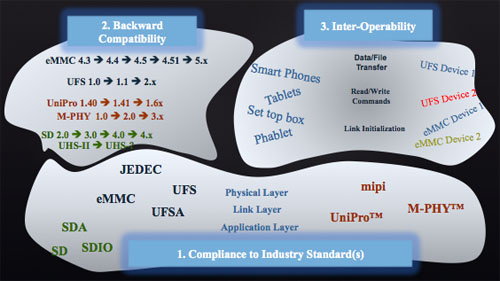 A couple of weekends ago I moderated a panel session for the Chinese American Semiconductor Professional Association. No, I had no idea such an organization existed either (at least partially because I’m not Chinese). Dan Nenni was meant to be doing it but he went off to Las Vegas, so I ended up getting the job. On a Saturday no less. It was on the topic of IP: Make or Buy, Ingredients for Success in System-on-Chip.

The panel was a good mix of people from different slots in the IP ecosystem:

Since I was moderating the session I couldn’t really take notes so I’ll focus on Andy Haines’s position since it was actually a reasonably good summary of the industry. Funnily enough I first met Andy when I interviewed at VLSI Technology since he was the EDA marketing guy, so that is a long time ago (and different hair color for us both).

He is focused on the mobile space and the overall trend, although clearly nothing absolute, is for people to buy more IP and build less themselves. Companies that are early adopters of each new process node, such as Qualcomm, build more of their own IP and license less, at least partially because at the point they need the IP it hasn’t been developed or reached a point of maturity that they are confident using it.

However, the real action in smartphones, despite all the press excitement, is not so much at the high end which is a mature market largely in replacement mode. Instead it is in the mid and low range of smartphones where future growth is expected to be strongest. Processor vendors are targeting less power-hungry powerful cores at this market, which has smaller screens and lower computational requirements. However, the peripheral interfaces are pretty much the same (maybe fewer of them in any given phone). Flash is a standard. USB is a standard. DDRx are standards. There are different versions of the standards but you can’t just take a standard and change the performance and the power in any arbitrary way just because the market in India (say) can make do with slower USB.

In fact these standards are not very standard in the sense that they are changing fast. This fact, on its own, makes the challenge of keeping internally developed IP up to date. You can’t just use it again on next year’s chip since some new wrinkles have been added to the standard, but backward compatibility to all the old devices remains important.

But everyone who is not trying to get into 20nm the moment it opens for HVM faces the key question:Why would you build your own IP if there is a good solution available for purchase? 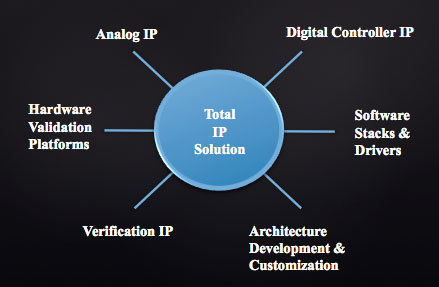 IP these days is not just the RTL or layout that you need. On its own that is not too useful. There is Verification IP (VIP). There are hardware validation platforms. There are device drivers and software stacks. There are not just digital controllers but analog PHYs that interface to signals coming from the world outside the SoC. Plus there is the commitment that as the standards evolve this whole portfolio of views of the IP will evolve and keep up.

All of this means that the answer to the key question is pretty much that you buy IP if you can, and build it if you can’t, either because it is something specific to your own company or process (if you are Intel for example) or because you need the IP faster than the IP industry can deliver it.

Foundries are engaging earlier and earlier with IP suppliers to make sure that even on the most advanced processes, IP is available when the process is ready, and has already been silicon tested in early shuttles before volume production starts. TSMC’s OIP is the most obvious example (this involves EDA flows too, but this was an IP panel). 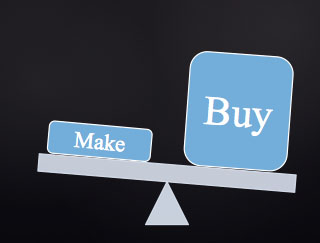 If IP is not ready in time for the foundry, the most leading edge companies may design their own. But everyone else will just have to wait. It is not simple to design (say) a DDR controller and its PHY and most design teams don’t have the expertise in house even if they wanted to take the make as opposed to the buy route.