Why Do Brilliant People Like to Work Together?
by Daniel Nenni on 08-17-2018 at 7:00 am
View Profile
View Forum Posts 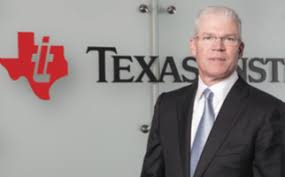 In high technology, there are numerous instances of highly productive groups coming together and generating game-changing ideas and products. This happened at Shockley Semiconductor in the 1960s when Gordon Moore, Bob Noyce, Jean Hoerni and more found each other and took advantage of Sherman Fairchild’s offer to start a semiconductor company. It also happened to me in Houston, Texas in 1978 (a much less likely place than Palo Alto, California).

As related in previous blogs, TI had a late start in the microprocessor contest, focused its attention on calculator chips, and was left behind by Intel and Motorola in the general purpose host microprocessor business. But failure has a way of stimulating the desperation needed for success and the group in Houston went on to develop the TMS 320, the first really successful single-chip DSP, and a host of other important technologies.

Although TI arguably has the original microprocessor patent (awarded to Mike Cochran and Gary Boone), the MOS Division was struggling just to produce MOS Memory and the Microprocessor group was focused on a strategy that would catch up with Intel by second-sourcing the 8080A, develop TI’s own set of 8-bit microprocessors and peripherals (the 5500 series) and then leapfrog with the TMS 9900 16-bit chip that would also be used by the computer and defense businesses of TI
( https://spectrum.ieee.org/tech-history/heroic-failures/the-inside-story-of-texas-instruments-biggest-blunder-the-tms9900-microprocessor ).

Brilliant junior designers like Kevin McDonough and Karl Guttag were involved in the process when I arrived in October 1978. The group was in melt-down mode because the 16-bit microcontroller, called the TMS 9940, was in its sixth or seventh re-spin and looked like it would never work. Although good engineers were resigning at a rapid rate, we had a group in Bedford, England that had just been started. This was the first case I know of where design teams were organized around the world to do 24 hour per day design, with groups of engineers assigned to a particular product in Japan, England and the U.S. could, if needed, pick up the work of each other as the sun moved around the globe and the databases remained in our IBM 4341 or IBM 7090-600 computers.

The Bedford, England design group, was assigned the task of developing peripheral chips for the TMS 9900 16-bit microprocessor. The most notable was the TMS 9914 which implemented the HP GPIB standard. The chip became a long term success despite the lack of success for the TMS 9900. The team even anticipated the risk that others would copy their chip so they went to great lengths to disguise the transistors, making enhancement mode devices look like depletion mode, just to confuse anyone who tried to copy.

A small group was assigned responsibility to develop a graphics chip for the TI Home Computer (https://spectrum.ieee.org/tech-history/heroic-failures/the-texas-instruments-994-worlds-first-16bit-computer ). While the TI 99 Home Computer was a disaster, the chip was not. It led to development of new concepts in graphics and became part of a standard known as MSX that was promoted by K. Nishi, CEO of ASCII Microsoft and was used by more than twenty different computer and video game manufacturers. Many people in graphics development are still familiar with the term “sprites”, a graphical representation that was developed by the TMS 9918 team. This same group went on to develop the TMS 340 graphics processor that was adopted by IBM for the 8514A standard that, unfortunately, experienced a short life before being replaced by VGA in the IBM PC.

About a year after I arrived in Houston (from my previous job as Engineering Manager of Consumer Products in Lubbock), we combined all the logic design resources in Houston under one manager, Jerry Rogers. Jerry had been a career enlisted man in the Navy and joined TI after retirement as a technician while he worked on his engineering degree at the University of Houston. He was an effective manager but very tough, with no sympathy for any performance less than the best. He had a thick skin and was willing to push back on management, a trait that helped with many successes. Later Jerry founded Cyrix, a very successful floating point processor and X86-compatible microprocessor company, and eventually married Jodi Shelton, Founder and CEO of GSA.

During this period in Houston, we hired an amazing array of innovative engineers. TI started a program to train new sales application engineers by assigning them to short stints in the product divisions. Rich Templeton was one of those early assignees. We liked him so well that we convinced him to join our group and give up the rotational training program and he did. Later he became Chairman & CEO of TI. K. Bala was his supervisor. One day in about 1991, Bala mentioned in a conversation with me that he thought one of his employees might be his future supervisor. “Who is that?”, I asked. “Rich Templeton, and I think he might be your boss as well”, said Bala.

Over the years, people who started their careers in that group in Houston eventually managed much of the company. We needed a marketing manager for DSPs when David French (later CEO of Cirrus Logic) was running the business so we brought in Mike Hames who was in the Bipolar PROM group and knew nothing about DSP. When Dave French left to join Don Brooks at Fairchild, we brought in John Scarisbrick to manage the DSP business and he later took it to new heights.

One of the most impressive capabilities came when we needed improved manufacturing. Yukio Sakamoto, the most capable operations manager I’ve ever known, joined us to run all the manufacturing operations. He was dissatisfied with our status and so he promoted Kevin Ritchie multiple levels to the job of DMOS 4 Wafer Fab Manager. People tell me that Kevin became one of the most effective manufacturing managers in the semiconductor industry and recently retired after a distinguished TI career as Senior VP of Technology and Manufacturing. Sakamoto became CEO of Elpida Memory, the company that combined NEC’s and Hitachi’s DRAM businesses.