A faster prototyping device-under-test connection
by Don Dingee on 08-30-2022 at 6:00 am
View Profile
View Forum Posts

When discussing FPGA-based prototyping, we often focus on how to pour IP from a formative SoC design into one or more FPGAs so it can be explored and verified before heading off to a foundry where design mistakes get expensive. There’s also the software development use case, jumpstarting coding for the SoC before silicon … Read More

Shift left gets a modulated signal makeover
by Don Dingee on 03-31-2022 at 6:00 am
View Profile
View Forum Posts

Shifting Left with Static and Formal Verification
by Bernard Murphy on 12-14-2017 at 7:00 am
View Profile
View Forum Posts

Unless you have been living in a cave for the last several years, by now you know that “Shift Left” is a big priority in product design and delivery, and particularly in verification. Within the semiconductor industry I believe Intel coined this term as early as 2002, though it seems now to be popular throughout all forms of technology… Read More

Building a Virtual Prototype
by Bernard Murphy on 12-20-2016 at 7:00 am
View Profile
View Forum Posts 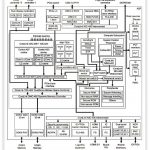 I wrote recently about how virtual prototypes (in the form of VDKs) can help embedded software teams practice continuous integration. Synopsys has just released a white paper detailing a practical approach to building a VDK, using the Juno ARM development platform (ADP) to illustrate. Just as a reminder, the point of a virtual… Read More