On Tuesday morning at SEMICON I had the opportunity to sit down with Harry Levinson, Sr. Director of Technology Research and Sr. Fellow at Global Foundries and Michael Lercel, Director of Strategic Marketing at ASML to discuss the state of lithography. 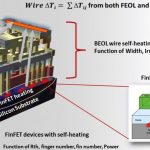 The way we are seeing technology progression these days is unprecedented. It’s just about six months ago, I had written about the intense collaboration between ANSYSand TSMCon the 16nm FinFET based design flow and TSMC certifying ANSYS tools for TSMC 16nm FF+ technology and also conferring ANSYS with “Partner of the Year” award.… Read More

Some of Intel’s technology posts make some pretty specific statements and I have seen a number of posts where people seem to have misinterpreted what Intel was actually saying.