Register / Log In
Guests have limited access.
Join our community today!
You are currently viewing SemiWiki as a guest which gives you limited access to the site. To view blog comments and experience other SemiWiki features you must be a registered member. Registration is fast, simple, and absolutely free so please, join our community today!
AI on the Edge
by Bernard Murphy on 11-02-2016 at 7:00 am
View Profile
View Forum Posts

An unintended consequence of the ubiquity of the Internet, particularly in social media, is the rise of the troll. Trolls post comments of unbelievable vitriol in some cases, comments that if issued in person and in public might lead to arrest and psych evaluations. Then vitriol turns into viral vitriol and the helpless target … Read More

Machine Learning – Turning Up the Sizzle in EDA
by Bernard Murphy on 10-13-2016 at 7:00 am
View Profile
View Forum Posts 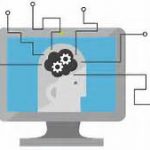 There’s always a lot of activity in EDA to innovate and refine specialized algorithms in functional modeling, implementation, verification and many other aspects of design automation. But when Google, Facebook, Amazon, IBM and Microsoft are pushing AI, deep learning, Big Data and cloud technologies, it can be hard not to see… Read More

Could Machine Learning be Available for Mass Market?
by Eric Esteve on 10-03-2016 at 7:00 am
View Profile
View Forum Posts

Machine Learning is at the hype peak, according with Gartner’s August 2016 Hype Cycle for Emerging Technologies. The demand for vision processor IP is strong in smartphone, automotive and consumer electronics segments. ASSP based solutions can make the job, but how can OEM create differentiation, control their destiny and … Read More

The concept of machine learning is not new. Attempts at systems emulating intelligent behavior, like expert systems, go as far back as the early 1980’s. And the very notion of modern Artificial Intelligence has a long history. The name itself was coined at a Dartmouth College conference (1956), but the idea of an “electronic… Read More

Deep learningis an emerging topic in artificial intelligence (AI). A subcategory of machine learning, deep learning deals with the use of neural networks to improve things like speech recognition, computer vision, and natural language processing. It’s quickly becoming one of the most sought-after fields in computer… Read More

Introduction to IoT Analytics – IoT Analytics vs. BigData Analyticss. In the previous chapter of the IoT tutorial, we explained the affiliation between IoT data and BigData, given that IoT data expose the Vs of BigData. We also illustrated the activities comprising IoT data processing applications, such as data selection, validation,… Read More