Should India Invest in Semiconductor Manufacturing?
by Terry Daly on 08-11-2020 at 6:00 am
View Profile
View Forum Posts

The debate
A healthy public debate is underway as to whether India should invest in semiconductor manufacturing. PVG Menon, former chair of the India Electronics and Semiconductor Association, supports the objective as part of a full… Read More

After its successful launch last year, the “Design and Verification Conference & Exhibition India” (DVCon India) will be held on Sept 10 – 11 in Bangalore. The event primarily has two tracks: ESL and DV. The ESL track covers electronic system level (ESL) design and verification, including virtual prototypes of electronic… Read More 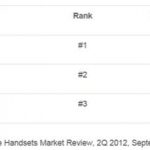 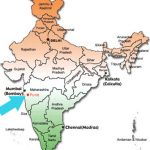 The 26th Conference on VLSI Design will be in Pune, India from January 5th to 10th at the Hyatt Regency. Details on the conference here. Registration here. I happened to be involved in the first of these conferences, which was held in Edinburgh where I was wrapping up my PhD. It was in the considerably less palatial surroundings of … Read More 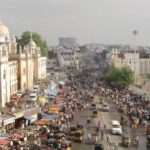 Atrenta will be on a panel session at VLSI 2012 next week in Hyderabad in the center of India. Since I had a development group there over a decade ago this is actually one of the few cities in India that I have visited. Beautiful but very hot at the time I was there.

When you think of Indian music you might think of ragas for the sitar. But when you think of Indian MUSIC, that is the Magma user group meeting (Magma Users Summit for Integrated Circuits) coming up on September 7th in Bangalore (note: the date has changed from when it was originally announced). It is at Vivanta by Taj on M G Road.